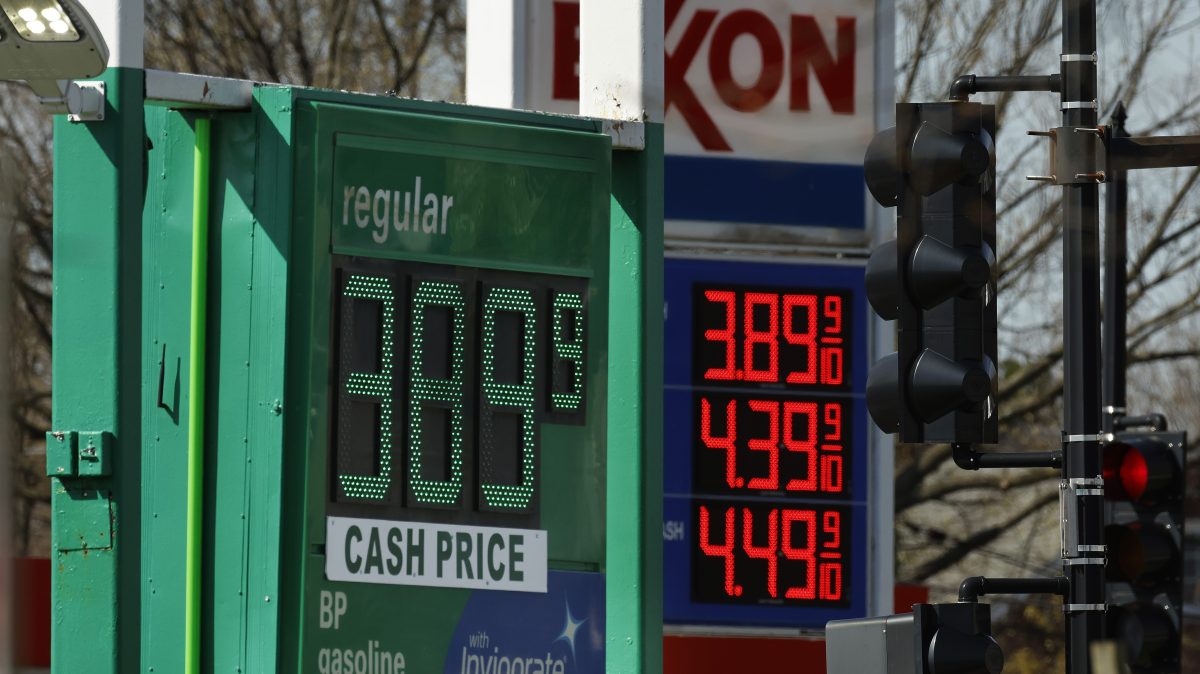 Two economic data points that came out on Thursday, the consumer sentiment index and the retail sales figurespaint different pictures of this economy,

The Consumer Sentiment Index, from the University of Michigan, is up from last month and a little stronger than expected by economists. This suggests that consumers are paying more attention to labor market strength and rising wages than to inflation.

Retail sales for March, from the Commerce Department, were up half a percent from the previous month.

The largest increases in spending have been in food and beverages and, of course, gas stations – up almost 9% between February and last month. It sounds like the kind of inflation that would put a damper on consumer optimism. But Thursday’s retail numbers could make the situation at the pumps worse than it really is.

“As a society, gas prices are something we all have a right to complain about, just like traffic and weather,” said Michael Noel, who teaches economics at Texas Tech University.

He was kidding a bit there, but “there’s a real element to it,” Noel said. “People’s fuel consumption depends on certain factors that are difficult to change. Like the type of car they drive, their fuel consumption, the distance they live from their place of work or places they go.

People who earn less spend a higher percentage of their income on gasoline, so they are the most affected by price spikes. But even those with great means like to complain about it.

“You could even say the psychology is even worse than the actual economic impact,” Noel said.

That’s because gas prices are in our faces all the time, said Ted Rossman, senior industry analyst at Bankrate.com.

“It’s one of those where you drive around town, you see the billboards, you can’t miss it. It’s a really obvious form of inflation,” Rossman said.

The most recent price spike occurred when Russia invaded Ukraine and Brent futures neared $140 a barrel. Akshay Rao of the University of Minnesota said gasoline prices have risen very quickly.

“When there is a supply shock, the rational gas station will consider the higher price they will have to pay to replenish their existing stock. And if they don’t raise the price of gasoline, they will run out of money when they buy gasoline,” Rao said.

But oil prices have fallen by around 20% since then, so why isn’t gas much cheaper?

“The reason is that now they are valuing their inventory at the price they paid,” according to Rao.

That said, gas prices have fallen about 6% since last month, AAA reported.