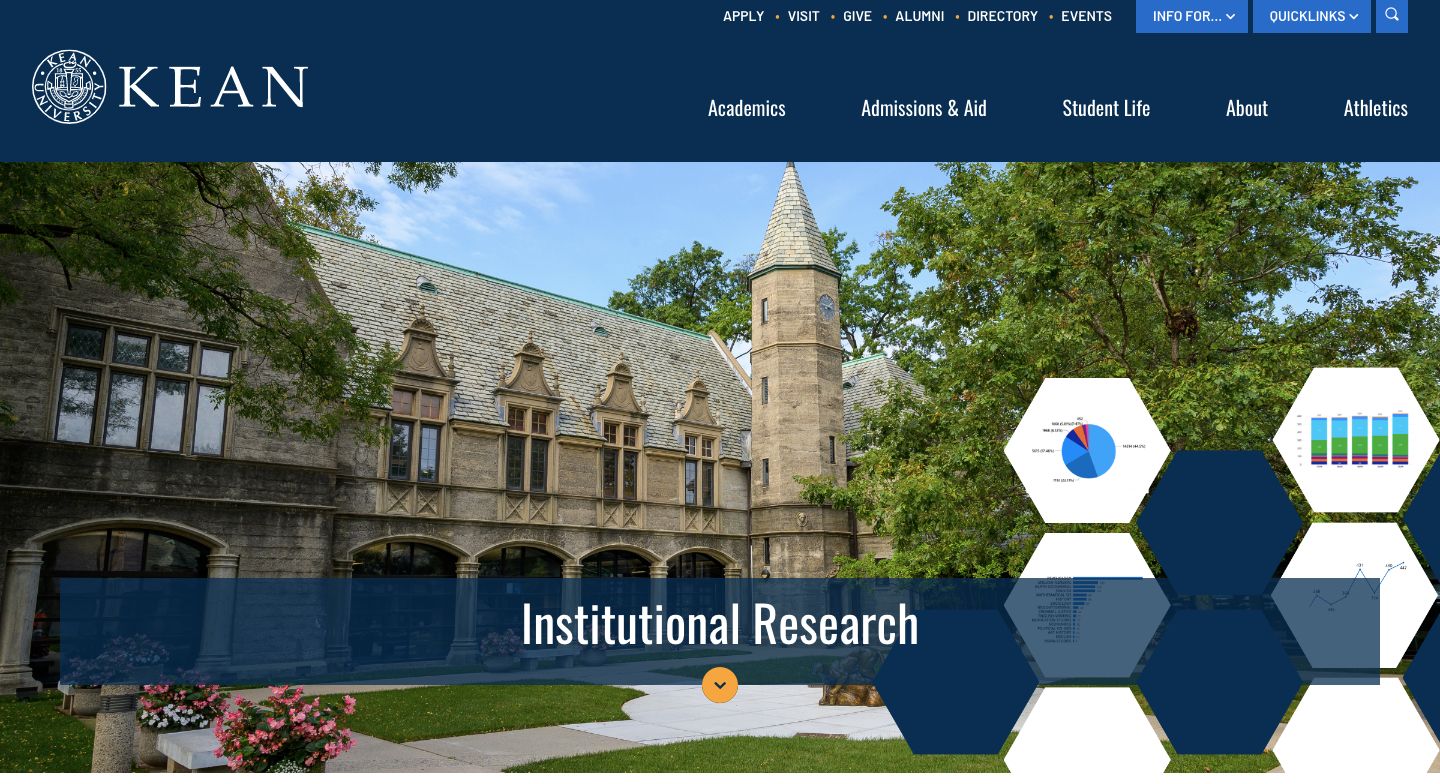 A lot was discussed at the Kean University Senate meeting which took place on Tuesday, October 4 via Zoom.

At the start of the meeting, Senate members accepted a motion that Craig Anderson, who currently works at Kean’s Learning Commons at the Nancy Thompson Library, be Vice President of the Senate this year.

According to Sucheta S. Ahlawat, Ph.D., a member of the Senate and a professor in the School of Management and Marketing, the Senate meeting moved on to the working group on the board, which had already been discussed twice during the executive meeting of the Senate. Faculty members wanted the senate to discuss this issue.

Ahlawat decided not to work on this issue because she noticed a lot going on at the member and sub-committee level.

“Perhaps we will ask the co-chairs of the presidential task force to come to the Senate at some point with the feeling that they have made enough progress, probably at the end of October or the beginning of November,” Ahlawat explained.

His reasoning was that there was no opportunity for the faculty to share before the decision was made.

Despite this, David Farrokh, who is the assistant dean of the College of Business and Public Management, spoke out on this issue.

He said he has one of the subgroups on Structure and Advisory Models and the subgroup is made up of a cross section of faculty, students, staff, and administrators.

“It’s a pretty diverse group,” Farrokh said. “So input from professors would definitely be encouraged in the subgroup, and I think for every subgroup there are professors in each of those areas, so if people have certain comments or suggestions, they could transmit to these subgroups. leaders or co-chairs.

Later in the meeting, Dr. Dean Casale, Associate Professor in the English Studies Program, delivered a presentation to the Senate on the 2022-2023 faculty seminar series.

According to Dr. Casale, the seminar series is in its 22nd year and was launched by Dennis Klein, professor of history and director of the Master of Arts in Holocaust and Genocide Studies as well as director of the program of Jewish studies.

“It generally functions as a reading discussion group that focuses on a particular theme, question, or problem,” Casale said. “Some of the past issues have been diaspora empire and cultural conquest and recently we’ve been thinking more metacritically about the university itself.”

Since Klein is on sabbatical, Casale has been asked to lead this year’s faculty seminar series. The theme of this year’s event is authenticity and care in the contemporary research university.

This theme is in line with Kean University President Lamont O. Repollet, Ed.D., a challenge to stakeholders in the higher education community, students, faculty, administration and staff to “reflect, re-examine and re-imagine” Culture Kean practices.

This year’s faculty seminar will consist of shared readings and discussions regarding aspects of the 21st century public higher education experience in America.

Casale explains that they will focus on many issues and questions such as identity politics and the challenges of inclusion, as well as knowledge work and intellectual capital.

The seminar will also look at the monetization of knowledge, the role of the university in shaping, shaping and hosting public discourse, and much more.

After Casale’s presentation on the Faculty Seminar Series, English Professor Daniel Gover, Ph.D. asked if Dr. Casale was going to focus on the university and its issues around authenticity and care.

Casale confirms this by stating that authenticity and care are very powerful ideas that you can study.

Casale uses the issue of care as an example, and how he came to see himself as a teacher and how his students are dependent on him.

He explained how he would take into consideration how his students feel under his intellectual care and what it means to be authentic in this particular relationship.

Ahlawat then decided to put forward the motion that the Senate should co-sponsor and support Kean’s faculty seminar series for this year with the Center for Teaching and Learning, and therefore the majority of the membership moved to accept.

After the motion, Ahlawat passed attention to Dr. Michael Salvatore, senior vice president for administration. Salvatore presented to the senate a presentation on strategic analysis and related dashboards.

Salvatore said the reason behind the dashboards was that a lot of people misquoted data and didn’t know where to find accurate information about their department, college, and the university as a whole.

“So over the past year, several units have worked together and come together to form a new division,” Salvatore said. “These are not new units, but they have a new landing spot.”

This new division is called Strategic Analytics and Data Illumination, also known as SADI. It is easily accessible to everyone. When you access Kean’s website, you can search for SADI and the first result appears. You would need your KeanNet ID to login to the SADI Data Hub.

According to the data center, its mission is to provide transparency through data visualization and strategic analysis that supports excellence, fairness and research.

Salvatore credited the Association of Institutional Research for their work on most dashboards and research accessibility.

“They’ve worked hard over the last twelve months to create data in a visually appealing way, so you can access it and ask questions about it,” he said.

One of the cool features of the SADI Data Hub is that you can view Kean’s dashboard and student achievement data, as well as submit a data request form. Data Hub says it will take 48 business hours for the team to review any request.

With the Student Success Dashboard, Salvatore explains that it’s a collaboration with California State University. Kean is one of four universities nationwide to visualize data based on equity gaps.

Every two weeks, Data Hub will add a new dashboard until it reaches 28 full dashboards. At the time of this meeting, approximately 8 dashboards have been uploaded.

Salvatore showed one of the scorecards at the Senate meeting titled “Which Classes Are They Struggling In?”, which showed which classes students might have struggled in.

You can sort this data by college, department, major, and academic year.

For example, based on the scorecard, it was shown that the top three courses that students failed in the college of business and public management are Business Law I, Principles of Accounting I, and marketing principles.

Another dashboard that Salvatore highlighted was titled “What are our historical graduation rates?”. Just like the “In what courses do they struggle?” » dashboard, you can also sort the data. It is based on promotion status and year of retention.

Salvatore highlighted a third dashboard titled “Which early school behaviors help close the gap the most?” It is important to note that the Data Hub primarily focuses on data from Kean campuses in the United States and does not include the Wenzhou Kean campus.

To conclude his presentation, Salvatore showed a dashboard related to the theme of institutional research. It is sorted by categories such as student enrollment, employee data, degrees awarded, graduation, and retention trends.

He also wanted everyone to know that the data hub is more than just a tool for people to see data; it is rather a source to begin to analyze it.

“It’s up to you to start analyzing some of our data, ask big questions about your department, student success in your particular field, and start setting goals or conducting research to dig deeper into potential issues. , or even more importantly, potential solutions,” Salvatore explained.

Later in the meeting, Ahlawat broached the topic of holding Senate meetings in person. She explained that some members felt lost that the meetings were not taking place in person, as they are currently being held online.

Robyn Roebuck, chief operating officer at Kean Skylands, said she would be the only person affected if Kean’s Senate meetings ended in person.

“I’m the only person who’s on the Skylands campus full-time,” Roebuck said. “That’s my only issue, but it shouldn’t impact how the rest of the band feels or does.”

Matthew Halper, DMA, one of the senators who is also a music teacher, suggested moving a motion for Senate meetings to be held in person, with the Kean community able to watch online, beginning Tuesday, November 1.

There was also a second motion for all other Senate meetings to be in person with the virtual option, starting with the next meeting, which will be on Tuesday, October 18.