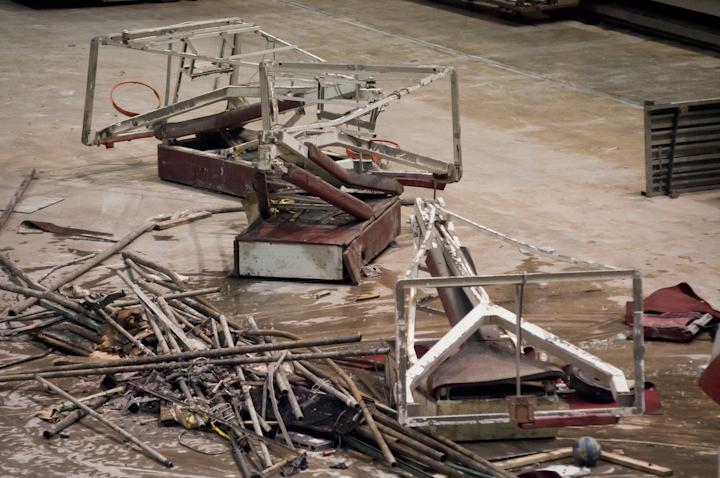 Just 12 days ago, Ames was inundated by record amounts of flood water.

Now the state of Iowa is beginning the recovery process.

“This recovery process is definitely going to take some time, certainly into the fall semester and in some areas well beyond,” ISU President Gregory Geoffroy told a press conference on Tuesday. Thursday August 19.

None of the officials offered an estimate of financial damages or a timeline for recovery.

Madden said the university’s next steps include discussing damages with insurance companies and the Federal Emergency Management Agency.

“We don’t have an actual damage estimate yet,” Madden said. “I expect next week as we start working with FEMA that we will get to that point. It’s definitely in the millions of dollars, but I’m not ready today to give you a exact figure.

Madden said most damaged facilities should be well covered by their insurance coverage, while buildings such as the Hilton Coliseum would likely exceed their limits.

Of the buildings that were flooded, Madden said, Hilton would be the university’s top priority due to the nature of its uses. Madden and Pollard hinted at other options for moving ISU soccer and volleyball teams from their damaged facilities, but not many viable options once the men’s and women’s basketball seasons end. will begin in November.

According to a flood map released by the university on Thursday, 25 buildings on campus were affected by rains and storms alone, and five others had standing water inside due to flooding.

Buildings damaged during the storms include Durham Center, Carver Hall, Lagomarcino Hall and Kildee Hall. Miller said the two buildings most affected were Hamilton Hall and Horticulture Hall. Miller said most buildings on campus have been cleaned by university staff, mostly by drying and removing water.

However, both Geoffroy and Madden said none of the damage to campus buildings will have a noticeable impact when classes begin on Monday.

Going forward, no future flood prevention plans have yet been discussed.

Max Porter, a professor of civil, construction and environmental engineering, said the state of Iowa and the city of Ames have discussed flood prevention since the first structures in Iowa were built. State Center in the early 1970s.

He said former ISU civil engineering professor Merwin Dougal said “the city shouldn’t issue building permits in the floodplain when these buildings were being constructed.”

Since then, a series of floods have inundated buildings in the area four times: 1975, 1993, 2008 and this year. Although the university and the city have undergone changes to prevent flooding, including the extension of Elwood Drive — now University Boulevard — to Pammel Drive, Porter said the area needs further changes.

“Fixing it will take quite a lot of money,” he said.

He said options the university can discuss to protect the Iowa State Center include building levees, installing flood control valves, and raising bridges and causeways. In particular, he suggested raising the bridge over Squaw Creek on Stange Road. Raising major roads in Ames by even 1 or 2 feet could help eliminate flooding, he said. He said experts would analyze the benefits of raising Interstate 35, Interstate 30, South 16th Street, South Duff Avenue, University Boulevard, Lincoln Way, Stange Road and from 13th street.

“We need to assess, what can we do to prevent this kind of thing from happening again in the future?” Madden said. “That will involve hiring these kinds of professional consultants.”

Madden said the university believes it took significant steps to avoid flood damage after the two major floods, in 1993 and 2008.

“The water is a very powerful force, and when it moves the way it did from Tuesday night to Wednesday morning, it penetrated a number of these facilities in places that hadn’t had problems before.” , Madden said.

Both Madden and Pollard mentioned the possibility of refurbishing damaged facilities alongside repair and restoration.

Madden said the university was lucky the flooding didn’t happen during classes. However, an estimated 47 students were left homeless after 27 flats in the University Village were flooded.