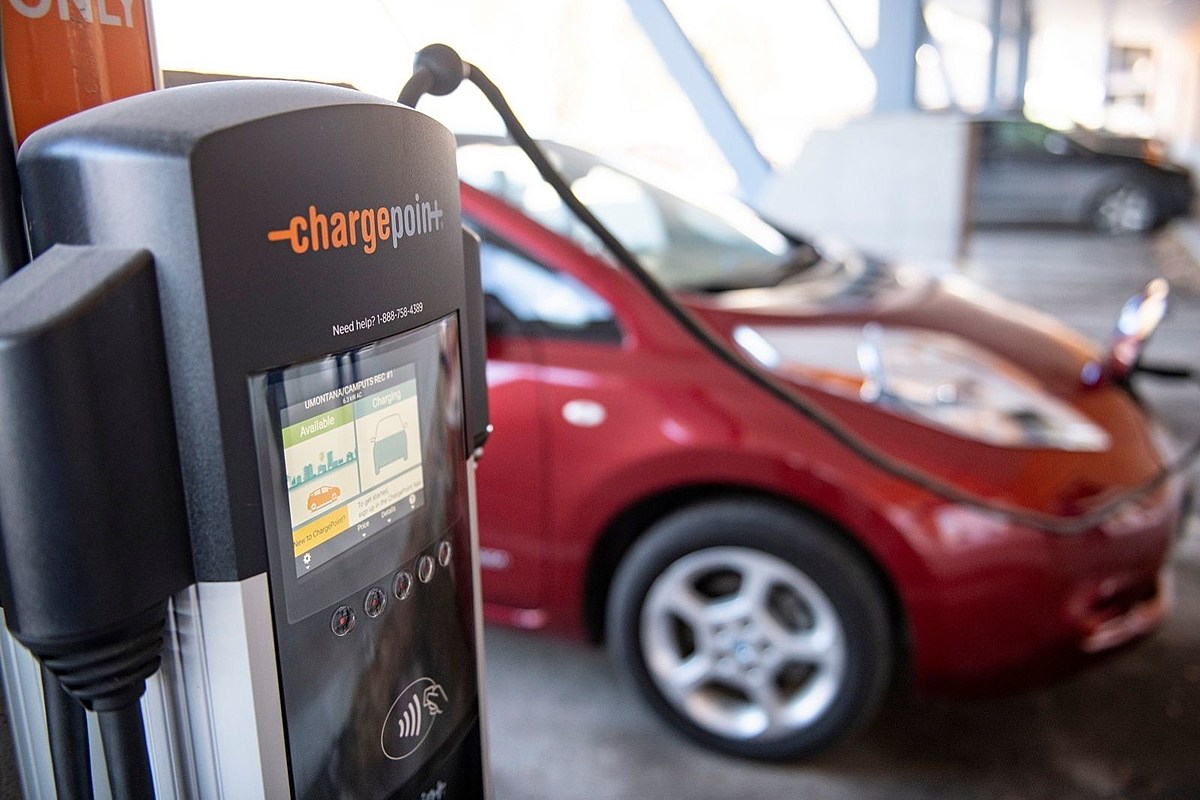 KGVO spoke with UM’s Director of Sustainability, Eva Rocke, about the new technology on campus.

“I think one thing we want to do in the future and continue to explore is to add electric vehicles to our university-owned fleet,” Rocke began. “We now have electric utility trucks and maintenance vehicles, leaf blowers and stuff like that on campus. The immediate first step was that we were able to find some funding to support it, because all of this obviously costs money and to be honest it’s not particularly cheap, and that was to install charging stations for electric vehicles.

Rocke explained how the four new charging stations were funded.

“With support from the Montana Department of Environmental Quality through its Charge a Ride program, we received grant funds to install four stations here in Missoula. All four are dual-port charging stations made by a company called Charge Point. It’s actually one of the most common, popular and successful charging station companies in the country. We got four for our campus and then we also bought one for Montana Western University in Dillon.

“So the ones we bought, in addition to being more affordable, are really designed for people who can plug in their vehicle, walk into the gym, work out for an hour and come back and charge your vehicle aura received will be more than enough to get you around town or get you home,” she said. “Most of the people we see coming to campus and charging are people who are probably charging at home overnight.”

Rocke said university students and employees will have the opportunity to test drive electric vehicles this week on campus.

“To help answer some of these questions, we are organizing an electric vehicle ride,” she said. “So it’s kind of a test drive of EVs with Flanagan Motors on Earth Day, this Friday, April 22. So it’s 10 a.m. to 2 p.m. here on campus so we can start connecting people with some of these market options for electric vehicles right now, and it will also allow them to speak to a dealer who is very knowledgeable about these vehicles and get answers to some of these common questions.

DEQ’s “charge your ride” program distributes funds to numerous projects across the state from a portion of the $12.6 million Montana received through the Volkswagen Environmental Mitigation Trust Settlement.

See photos of iconic Missoula bars The Badlander, Locals Only, The Golden Rose and Three in the Side. The businesses went up for sale with an asking price of $3,200,000.