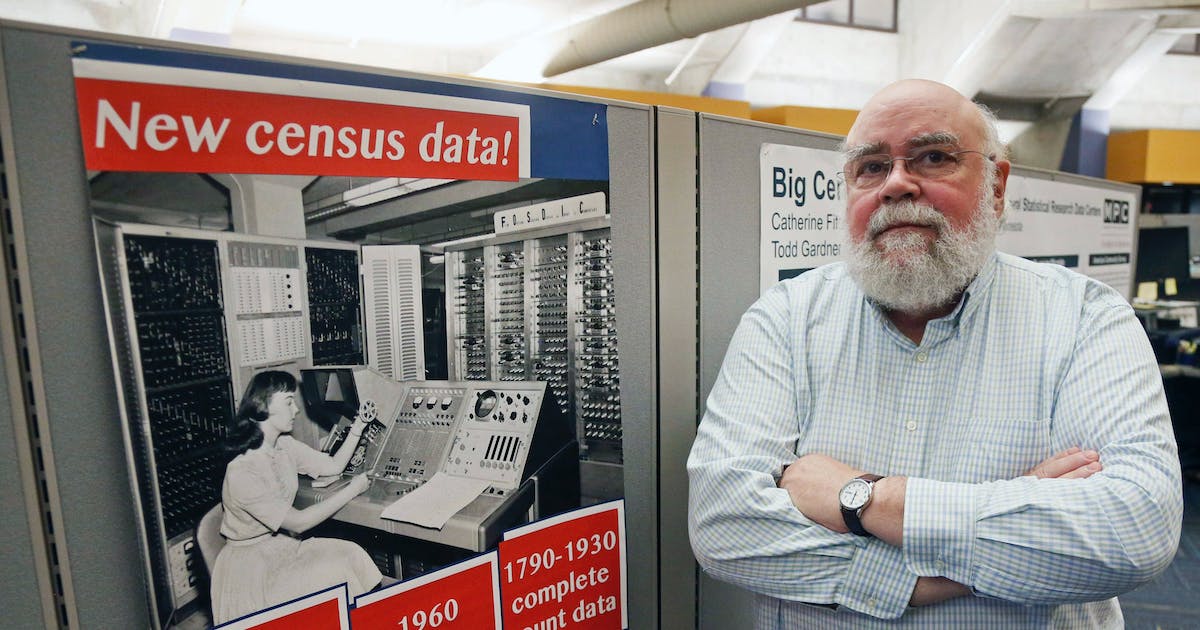 Professor Steven Ruggles of the University of Minnesota, who won a prestigious MacArthur Fellowship on Wednesday, is the architect of the world’s largest database of population statistics – an incredibly sprawling system that details the characteristics of more than 2 billion of people who walked the Earth between 1790 and today.

Ruggles, 67, created the Integrated Public Use Microdata Series (IPUMS) in 1993 to guide his research on changing family structures. It has since become the largest public census microdata database in the world, allowing researchers around the world to analyze social change over time. The researchers used the data to assess vulnerability to COVID-19, the intersection of residential and employment segregation, and how climatic events affect migration.

“I think you can’t understand what’s happening now and what’s going to happen in the future if you don’t know where we’re coming from,” Ruggles said of his work as director of the ‘U’s Institute for Social Research and Data. Innovation. “Understanding the characteristics of people in the past is essential if we are to plan for the future.”

The John D. and Catherine T. MacArthur Foundation Fellowship—commonly known as the “genius grant”—is one of the nation’s most prestigious intellectual awards.

The study of historical demography became a passion for Ruggles during his undergraduate studies. In his work, he found it difficult to use family structure data spanning the 20th century.

This sparked the start of IPUMS, which now has 120-130 people developing data. In the late 1990s, researchers began including data from other countries and later worked with genealogical organizations to include information dating back to the 18th century.

The data allows researchers to examine the impact of large-scale events – such as industrialization – on families.

“We basically started thinking about what happened with data that we didn’t have 30 years ago,” he said.

Recently, the vast data has helped social scientists realize they had incorrectly assumed that social and economic mobility increased over time, Ruggles said. The opposite was true. It is more difficult for people to climb the ladder of success.

“People are less mobile and they stay closer to where they were born than they were in the mid-19th century,” he said.

Ruggles’ work is seminal to other researchers not just across the country, but around the world, said colleague Phyllis Moen, a sociology professor and former director of the Life Course Center, which reports to Ruggles’ institute. .

“He has simplified how we can address big questions and issues that matter for the public good,” she said.

In college, Ruggles “jumpstarted” population research — analyzing disparities and changes over time, Moen said. Among his colleagues, he is recognized as a great leader and for creating an environment that empowers people to perform at their best.

“I consider him an unsung hero of social research,” she said. “He worked in the vineyards, so to speak. He enabled many people to do research. … He is the perfect choice for the MacArthur Fellowship.”

The grant comes with an $800,000 stipend, paid in quarterly installments over five years, with no strings attached on how recipients spend the money.

The money will go directly into IPUMS and support it for researchers, Ruggles said.

“One of the things I worry about is the durability of the data structure,” he said. “It’s not enough money to make a dent, but it gives me time to consider options to sustain what we’ve built.”

He noted that 260,000 researchers worldwide rely on IPUMS data for their work, and around 2,700 papers are written each year using information from the database. The database presents a considerable wealth of knowledge, from births and deaths to marital status, family structure, class, race and sex. At a time when researchers are inundated with it, Ruggles said ensuring the data is freely available to everyone is paramount.

“An explosion in the availability of large-scale demographic data has opened up new research opportunities and spurred the development of new methods, leading to an astonishing acceleration in the pace of discovery,” he added. told the MacArthur Foundation.