A University of Liverpool engineer brings her expertise to a historic NASA experiment taking place tonight that will see a spacecraft intentionally crash into an asteroid as part of a mission to protect Earth from deadly asteroids.

NASA’s Double Asteroid Redirection Test (DART) mission will test and validate a new asteroid defection technique known as kinetic impact by deliberately colliding a simple, unmanned spacecraft into the moon of a binary system of asteroids called Dimorphos, located 11 million km from Earth, to alter the motion of the object around a larger asteroid called Didymos. 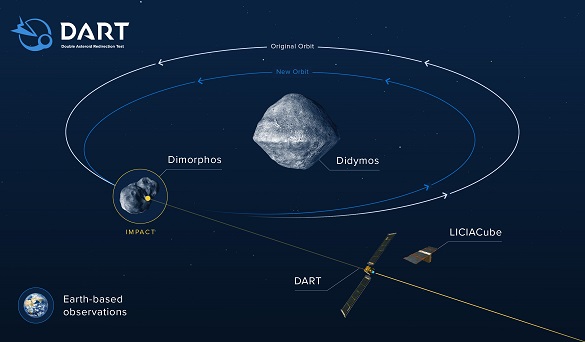 The DART mission is the world’s first large-scale planetary defense test, demonstrating a method of asteroid defection technology. It will also test new technologies and provide important data to improve NASA’s modeling and prediction capabilities to learn more about how we might steer an asteroid off course to prevent it from hitting Earth. .

University of Liverpool space engineering expert Dr Stefania Soldini (below) is a member of the DART survey team that will characterise, model and interpret the impact of the collision with the asteroid .

She will model the evolution of ejecta particles and work on modeling the internal structure of Didymos from gravimetric measurements. 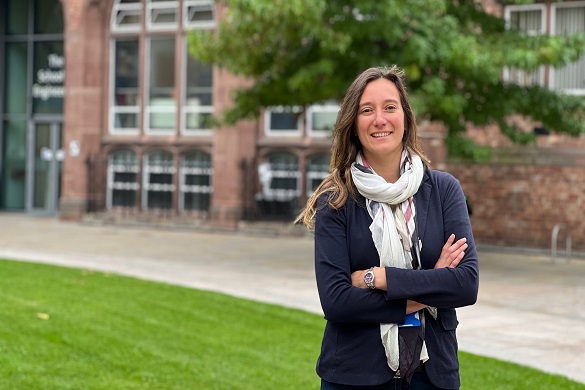 Dr Soldini said: “I am extremely happy to be part of this NASA mission, which is the first mission of its type. DART is a fascinating and mind-boggling experiment to see if intentionally crashing a spacecraft into an asteroid is an effective way to change its trajectory, and it could be a useful technique if an Earth-threatening asteroid is discovered in the future.

“Studying the behavior of ejecta particles after the impact could help us better estimate the effect of the impact, as well as the gravity and composition of the Didymos system. It also adds an important piece to the puzzle of our understanding of asteroids in general. »

The impact test will take place at 12:14 a.m. on Tuesday, September 27 BST (7:14 p.m. on September 26 EDT) and will be observed by LICIACube, the CubeSat developed by the Italian space agency, which was deployed from the DART spacecraft on September 11.

Ground-based observations will estimate changes in Dimorphos’ motion after impact, but in-depth mapping of the two objects won’t take place until the European Space Agency’s HERA spacecraft arrives on scene to study the damage in early 2027 and confirm changes in asteroid trajectory. Dr. Soldini is also a member of the HERA mission group.

You can watch the impact of the test here on NASA TV >>> https://www.youtube.com/watch?v=4RA8Tfa6Sck

Read Dr Soldini’s article on NASA’s DART mission for ‘The Conversation’ > Can you really deflect an asteroid by crashing into it? No one knows, but we can’t wait to try

Dr. Soldini was recently awarded a prestigious UKRI Future Leaders Fellowship for the REMORA – REndezvous Mission for Orbital Reconstruction of Asteroids: A Fleet of Self-driven CubeSats for Tracking and Characterizing Asteroids project in partnership with Citadel Space Systems.

This project aims to develop a fleet of small autonomous satellites that will be sent into the solar system to track and analyze asteroids. This will provide vital data on possible threats to Earth, helping to develop mitigation measures against the risk of impact.

/Public release. This material from the original organization/authors may be ad hoc in nature, edited for clarity, style and length. The views and opinions expressed are those of the author or authors. See in full here.