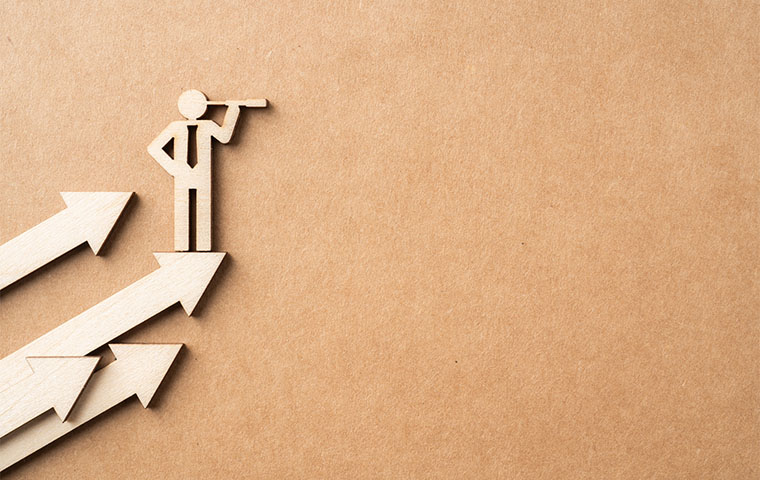 According to Patrício Langa, associate professor of higher education at the University of the Western Cape in South Africa.

Meanwhile, without clarity on system differentiation to promote different goals and types of higher education institutions, massification will continue to turn universities into degree mills that promote rote learning and reproduce mediocrity, rather than promote the pursuit of new knowledge.

To respond to this unease, the first thing to clarify is the purpose of the university, in itselfas a particular type of higher education institution, explains Langa, who is also a Distinguished Professor at Eduardo Mondlane University in Maputo, Mozambique.

“Currently, there are two main competing visions of the university in Africa,” he explains. “The first is that universities should engage in the pursuit of knowledge by formulating conceptual and methodological issues that contribute to the overall theory of knowledge.”

“Secondly, there is this prevailing and widespread idea that universities should seek to find technical solutions to perceived socio-economic problems and should be instrumental in improving governance on the continent.

“According to this view, the potential for universities to be places of pursuit of knowledge is denigrated and threatened, with institutions that adopt this agenda being branded as ‘ivory towers’.”

Langa traces the problem back to the creation of “so-called development universities” in the 1980s, when the viability of universities as functional institutions increasingly depended on access to external support. At that time, he says, the sector was forced to neo-liberalize and open up to free market forces.

“The state was [then] were no longer able to exercise exclusive control over the conditions of access to higher education…and new forces, including local private sector actors, were able to pursue new programs, some of which were hostile to the very idea of ​​the university,” he said. said.

Subsequently, notes Langa, the idea of ​​the university as a kind of toolbox to treat all the diseases of Africa prevailed.

“In my view,” he said, “this is the main challenge preventing the establishment of a vision of the African university that is really appropriate to conceptualize the problems facing the continent in African terms so that they can be solved”.

Placing the issue in the global geopolitical and economic context, he says: “Until the form of the university is determined by Africans on their own terms, which is not the case now, then the definition of who should attend college is also being shaped by outside forces.

Nevertheless, says Langa: “One thing that seems certain is that universities are relevant, otherwise corporations would have suppressed them.

Meanwhile, in the context of negotiating the nature of an African university in a globally interconnected world, there has been, according to Langa, a broad failure to produce a more differentiated offer of higher education structured to meet the needs variety of different African societies. across the continent; and a concomitant failure to promote differentiated access to the third sector.

“I think it is important to differentiate universities from other types of higher education institutions according to the needs of each society,” he notes.

“As a result, only those who pursue knowledge should attend universities. Other students with different goals, such as applying knowledge or solving problems – whatever they are – should find their place elsewhere in the higher education system.

“The fact is that in a differentiated system, it is undesirable for everyone to flock to universities.”

In this regard, advises Langa, appropriate policies should be developed to select candidates, identifying who should go where, while ensuring that inequalities are not reproduced, for example through exclusive access to university training for young people. economically advantaged students.

At the same time, notes Langa, one of the main challenges in establishing a differentiated system is the issue of status – and the status hierarchy that currently exists in relation to higher education on the continent, which values ​​a university education over a technical education.

For example, he says, “In some African systems, this obsession with status has manifested itself when the technikons [polytechnics] were renamed “universities of technology”, not because their function had changed, but in the name of prestige.

He further notes the challenge posed by political support for massification at the expense of differentiation.

“Many African countries have failed to establish a framework to differentiate higher education provision; and, instead, continue to pursue the idea of ​​universal access as a policy priority,” he says.

“This, despite the evidence from experience, which shows that the quest for massification in an undifferentiated system eradicates the space of knowledge and leads to the production of graduates who have serious problems integrating and contributing to their societies. , or transition to livelihoods, employment or entrepreneurship.

Langa contrasts Africa’s predicament in this regard with the efforts that have been made elsewhere to promote differentiation and how these have yielded significant benefits.

“For example, in Europe there seems to be some clarity about the objectives of the different institutions of the higher education system, with the different bodies labeled according to their function, which also has the effect of facilitating articulation within the system in which students can move from one institution to another, as needed,” he says.

On the types of knowledge that can be learned and produced in higher education institutions, Langa expresses reservations about attempts to decolonize the university in Africa from the perspective of southern epistemologies and indigenous knowledges.

He notes the value and political impact of these efforts to address and reverse “a structure that has prevented the recognition of the contributions of Africans and other groups to science and knowledge as a global public good”.

At the same time, he says there is “a deep intellectual concern that this decolonial project, insofar as it values ​​indigenous knowledge, is anti-universal – and therefore hostile to the idea of ​​the university”.

As much as indigenous knowledge must be promoted, “it must not be done at the expense of the university and the type of knowledge that is supposed to be produced in an academic context both in terms of the diversity and the quality of its theoretical content”, he said.

“This is the main difficulty of studies on decoloniality, despite the correctness of their cause in seeking to abolish ideological prejudices.”

Langa also finds reason for skepticism in the lessons that can be learned from African universities’ efforts to remain operational under lockdown restrictions as the COVID-19 pandemic spreads across the continent from 2020.

Instead of viewing the shift to online teaching and learning during this period as heralding a new dawn of expanded access to higher education, Langa notes how the limitations of in-person access in the context of the pandemic have revealed the limited nature of African higher education institutions. purposewhile depriving them of it.

“The disruption of COVID-19 has exposed as an illusion the idea that African universities are places of learning; revealing them for what they really are, i.e. sites of rote learning, the reproduction of mediocrity and the handing out of degrees, rather than places to pursue new knowledge,” he says. .

“As educational institutions rather than institutions of learning, most African universities were completely unable to undertake their core activities under the restrictions of COVID-19 – and, as these institutions could no longer teach, the students were left idling at home.

“In contrast, if these universities were, in fact, universities, students would have continued to learn with the support of academic staff and with the help of digital, without having to be on campus, notwithstanding these widely expressed concerns about the digital divide,” he says.

“The question here is not so much to increase accessibility through the deployment of digital technologies, but rather how this moment of realization can be used to recalibrate the system and free students from the current, rotten, university. who do not even teach this well and, on the contrary, promote pedagogies that are not conducive to learning.

Langa is therefore also skeptical of the prospect of the notion of the university as a place of contribution to the global theory of knowledge that will soon materialize in Africa.

Indeed, he argues that “it is important to recognize that the reality is that there is no such thing as an African university”; and that the idea of ​​an African university, in itself should not even be prosecuted at the present time, because “it is [not] ontologically possible.

On the contrary, says Langa, the university in Africa remains “an ambivalent experience reflecting the very existential condition of the continent”.

Therefore, it focuses on the role of the researcher: “What I aspire to as an African researcher [is] contribute to the general theory of knowledge of higher education.

“In this respect, it is often expected that African scholars like myself will only do science and research in Africa with the aim of contributing to the understanding of Africa.

This article is based on an interview conducted by Professor Ibrahim Oanda for “The Imprint of Education” project, which is implemented by the Human Sciences Research Council, South Africa, in partnership with the Mastercard Foundation. This project, which includes a series of critical engagements with experienced scholars and thought leaders on their reimaginings of higher education in Africa, explores current and future challenges facing the sector, including best practices and the innovations. Mark Paterson and Thierry M Luescher edited the transcript for focus and length. Features already released in the series can be downloaded from the website.