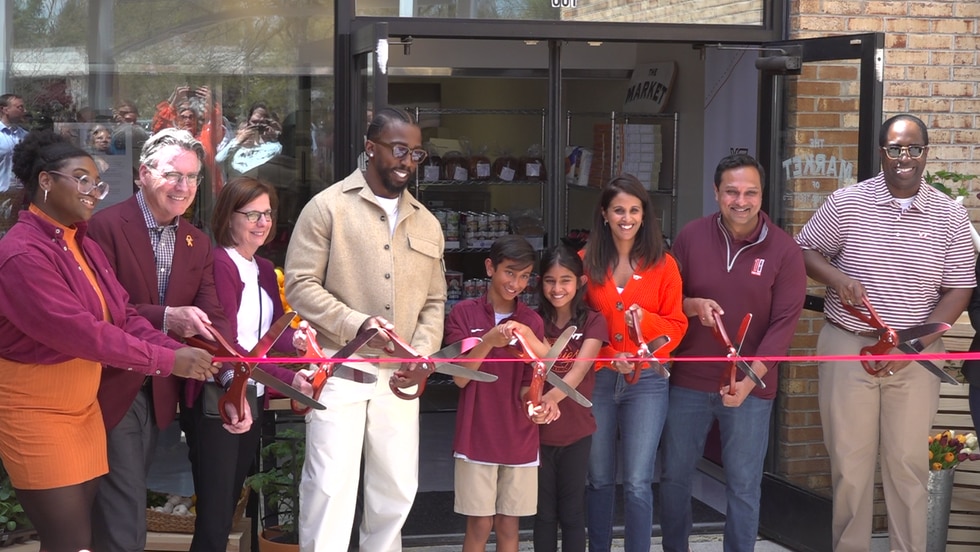 BLACKSBURG, Va. (WDBJ) – Mehul and Hema Sanghani have been waiting for this day for years.

This vision is to ensure that all students are able to know where their next meal will come from. Both are Virginia Tech alumni. Blacksburg is the birthplace of Mehul and Lynchburg that of Hema.

“Mehul and I were very inspired by philanthropy and knew that if we were ever able to have a positive impact, it would be a priority for our family,” Hema said.

Thanks to a donation of $1.5 million in 2020, Virginia Tech was able to open “The Market”. The program served more than 14,000 meals during the 2020-2021 school year. The Sanghanis continue to say that none of this would be possible without the support of Virginia Tech.

That support has led to countless donations in the Virginia Tech family, including most recently a donation from former Hokie and current New York giant Tyrod Taylor.

“It’s amazing to see everything come full circle. I’m proud to be here today representing my family, my foundation and supporting such a great cause as we tackle a serious food insecurity issue in this country,” Taylor said.

Former football players and current school leaders, such as President Tim Sands and his wife Laura, attended the inauguration of the new facility. A facility in which Virginia Tech and the Sanghanis have great hopes in the fight against food insecurity.

“We currently serve around 100 students a week here. … We want to keep moving forward and climbing from here,” Hema said.

“We really have some of the fundamentals in place here to really grow and evolve this effort. We are only just beginning to scratch the surface of a problem that often exists in the shadows. Food insecurity itself comes with its own stigma, so we really hope to take those basics and address this issue on a larger scale,” Mehul said.

“The market” is up and running, and the Sanghani appreciate everyone who helps keep the program running at all times.

For more information, you can find a press release below:

The Market is a food aid program launched in September 2020 thanks to $1.5 million donated by a couple of former students Hema Sanghani ’99 and Mehul Sanghani ’98, of McLean, Virginia. In the 2020-21 academic year alone, The Market provided over 14,000 meals.

The program has attracted hundreds of additional donations, including a recent five-figure gift from the former Hokie quarterback Tyrod Taylor ’11now with the New York Giants.

Taylor’s donation continues her tradition of philanthropic efforts to fight hunger. In 2020, Taylor’s foundation donated $25,000 to the Virginia Peninsula Foodbank in her hometown of Hampton, Va., and last year her foundation partnered with Kroger and the Virginia Peninsula Foodbank. to organize a drive-thru pantry at Hampton High School, where Taylor played and graduated before coming to Virginia Tech.