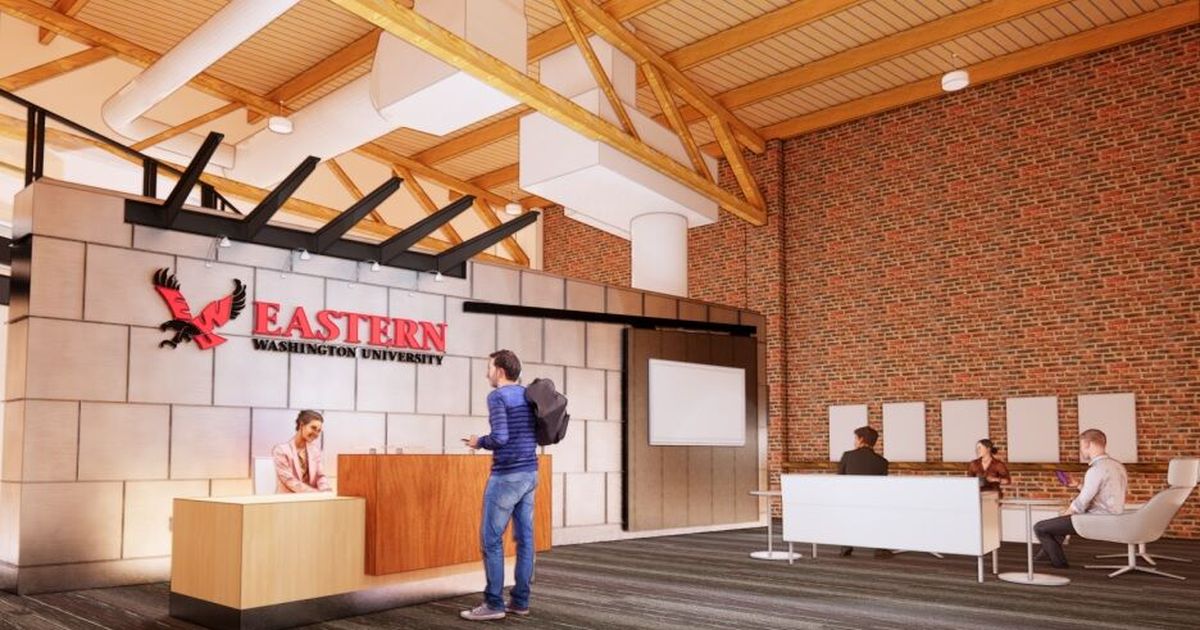 Seattle-based Emerald Initiative has applied for a building permit on behalf of the university to convert existing open office space into classrooms and add study and lounge space to the first floor of the structure. 60,000 square feet at 850 E. Spokane Falls Blvd.

More than 15,900 square feet of the building’s second floor will also undergo renovations for classrooms, according to a plan of the project site.

Some existing private offices will remain in the building, depending on demand.

Once the renovations are complete, EWU will occupy more than 23,580 square feet of the building.

The value of the permit is $3.3 million, depending on the application.

Beginning in January, applications will open for EWU’s nursing program, with the inaugural class of 40 entry-level students beginning in the fall. A second class of 40 students will be admitted in the spring of 2024, according to the university.

EWU says the location of the nursing program in the University District will help strengthen partnerships with other health education centers in the region.

The SIERR Building – also known as the Spokane Inland Empire Railroad Building – is listed on the National Register of Historic Places.

The SIERR building is anchored by the University of Washington School of Medicine and the Spokane office of the Fred Hutchinson Cancer Research Center, in addition to Eastern University’s nursing and communication disorders programs. Washington.

EWU renovations are expected to be completed this summer, Farley said.

Chuck E. Cheese, an entertainment and restaurant chain headquartered in Dallas, is redeveloping its location north of Spokane.

Chuck E. Cheese applied for a permit with the city to upgrade the restaurant’s exterior with new paint, signage, logos and entrance doors at 10007 N. Nevada St.

The restaurant chain is also upgrading furniture, wall finishes and lighting in the 12,000 square foot building, removing a stage and replacing it with a dance floor and video wall.

Parkway C&A, based in Lewisville, Texas, is the contractor and architect for the project.

Chuck E. Cheese also operates a location at 14919 E. Sprague Ave. in Spokane Valley. The company also submitted plans in June to renovate that location, but the permit application is still under consideration by the city.

A space formerly occupied by Maverick’s Mens Hair will be converted into a new bar in West Central.

Bob and Danielle Kelley filed a change-of-use application with the city to convert the former 870-square-foot barber shop into the Wobbly Goblin Tavern at 1403 W. Broadway Ave., Suite 201.

Site plans show a dining room with 10 tables, plus a small bar and kitchen.

Bob Kelley and Chris Skinner are co-owners of The Gamer’s Haven, which also occupies the building, in addition to the Cajun and Creole-inspired restaurant Vieux Carré.

Kelley, Skinner and Melissa Cheney purchased the property for $440,000 in 2019, according to Spokane County Assessor’s Office records.

The building, built in 1903, has housed various tenants over the years, including a retirement home, a women’s shelter and law offices.