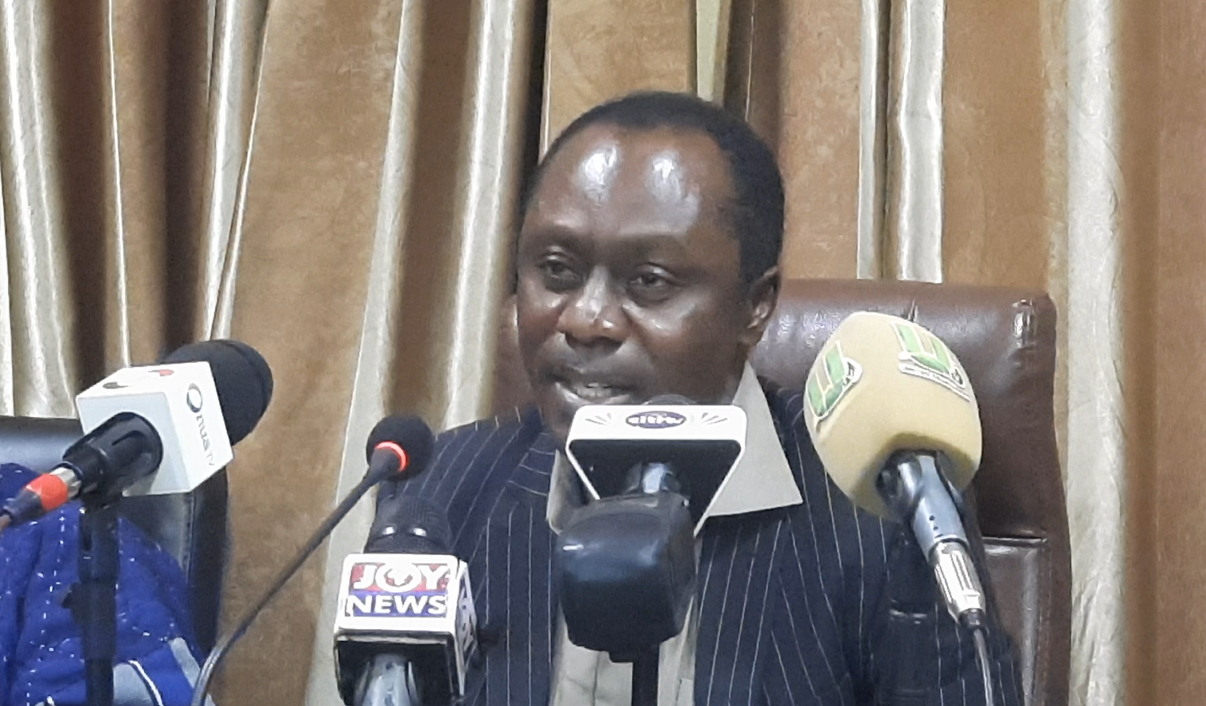 Vice Chancellor of Sunyani Technical University (STU), Prof. Kwadwo Adinkrah-Appiah has called on government, organizations, individuals and the media to support the institution in its quest to provide a workforce high-level work for development.

He said support through the STU Endowment Fund would help them raise infrastructure to the level that suits their goals.

The VC made the call during a media engagement ahead of the 55th anniversary celebration of Sunyani University in Bono region.

The anniversary theme is: “STU, 55 Years of Progress and Achievements in TVET and Engineering Education: Mobilizing Excellence for Leadership in Ghana’s Industrialization Agenda”.

While the strategic plan describes the development of the university within the framework of a five-year plan (2020-2025), the master plan focuses on the institution’s long-term sustainable infrastructural development.

To achieve this, Prof. Adinkrah-Appiah called on the media to use his esteemed platforms to help them reach out to stakeholders for the expected support.

“You (the media) must be our transmission lines to carry our message to the world, and once you commit to this course, we believe the university will achieve its purpose and goal of celebrating the 55th anniversary and creating the endowment fund,” he said, adding that “the fund should give us the resources that will allow us to execute the new master plan for the university.”

“In the master plan, we need to put in place new structures to enable the university to achieve the status that befits a very excellent university so that we can carry out our mandate – to provide skills to young people to help build a better economy for Ghana,” he said.

He therefore called on all stakeholders to donate to the fund to help them achieve their goal for the university.

Faculties, academic and research areas, staff and student accommodation, university hospital, eco-parks, sports complex, religious areas, museum, auditorium with a capacity of 5,000 seats and basic schooling, among others, are some of the areas the fund would help develop.

He also called on the media to use their sources to link them to other stakeholders who might be helpful.

Speaking on behalf of the media, Secretary Brong Ahafo of the Ghana Journalists Association, Dennis Peprah, assured that they would continue to work with the management for the good of the university.

Planning Committee Chairman Professor Jones Lewis Arthur said that as part of the ongoing celebration of STU’s 55th anniversary, they have planned a series of Excellence Leadership Lectures in August and outreach to community and stakeholder engagements in September.

University alumni are also set to be outdoors in November 2022 and the anniversary highlight is set to take place on November 5, 2022, with a grand durbar, fundraising dinner and awards night with Captains of Industry to raise funds to support the STU Endowment Fund.

Meanwhile, some students reiterated the need to build a footbridge over the main Sunyani-Kumasi road leading to the school.

A student, Iddrisu Baba-Mamata, said it is a challenge to cross the road, especially when the traffic lights are not working. She said this sometimes resulted in drivers running over students and therefore called on the government to come to their aid.

In a reaction, STU VC Prof Adinkrah-Appiah said he was in touch with the Regional Coordinating Council after sending a note to the President and hopes support will come soon to help set up the gateway to alleviate student challenges. and pedestrians.