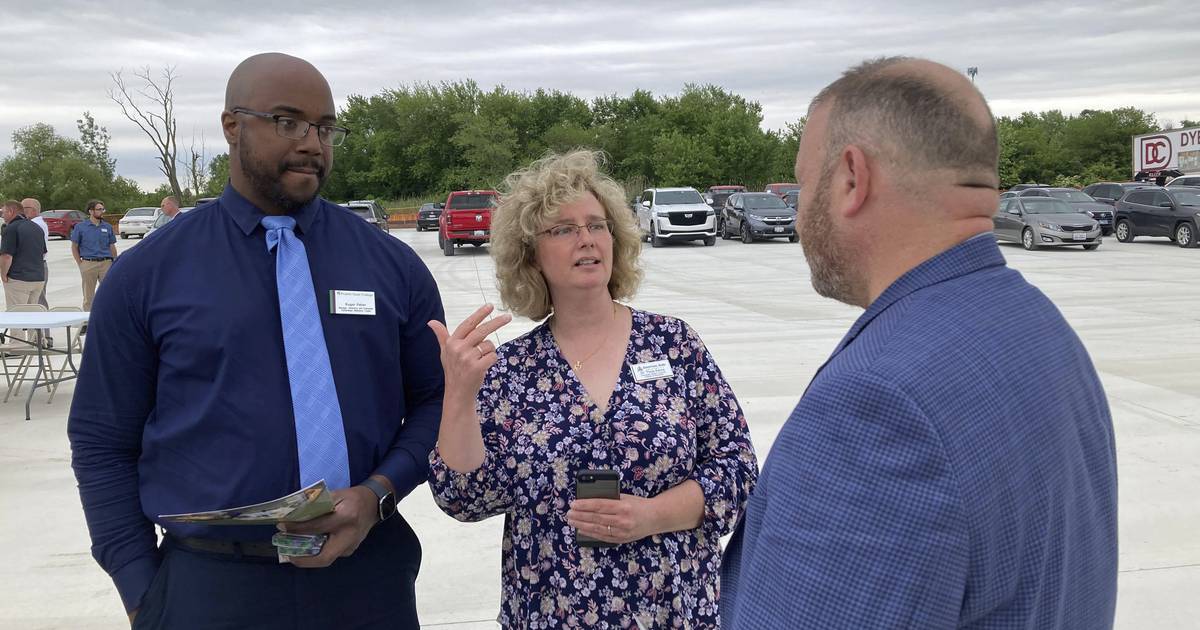 Lehner sounded like a visionary as we chatted after his public remarks about the start of construction on a 900,000 square foot building at 23301 S. Central Ave. Once built, Central Steel & Wire will move from a site at 3000 W. 51st St., Chicago, which the company agreed to sell to Amazon last year for $45 million.

“We have created and provided salaried family jobs for a total of 293 years,” Lehner told a crowd of elected officials, other dignitaries and construction workers.

During the Industrial Revolution, steelmakers were among the worst polluters. They dumped toxins into waterways, spewed noxious fumes into the air and left communities to deal with contaminated soil after abandoning mills.

Today, Lehner wanted me to know that the new facility at Central Steel’s University Park will not emit carbon or harm the environment in any way.

“It’s not like manufacturing 100 years ago,” he told me. “Everything is recycled.

Ryerson is making a bold statement about keeping well-paying jobs in America and Illinois by building its new headquarters in University Park, Lehner said during his public remarks.

“It speaks to the sustainability, resilience and potential that brings us all here today,” he said. “Our mission, passion and purpose is to deliver great experiences for our customers, employees, shareholders, suppliers and communities.”

After I introduced myself to Lehner, he spoke passionately about wealth equality and the golden age of the American middle class between the end of World War II and the mid-1970s.

He didn’t want to sound political, he said. But something bad has happened in the past 50 years. Companies increased their profits and rewarded their shareholders by shipping jobs overseas, where labor costs were lower.

The global supply chain ecosystem worked as long as fuel costs were low and it was affordable to ship raw materials and finished goods back and forth across oceans. The rich got richer and America’s middle class shrank. Now it’s getting more affordable to do things here again.

“When we get here, everyone benefits and it’s not a zero-sum game, but we create new prosperity and new family jobs that can stand the test of competition and time,” said Lehner told the group.

People in the crowd nodded in agreement. Nearby, men in brightly colored helmets and vests stood near bulldozers and other heavy equipment, ready to get back to work once the ceremony was over.

“We plant seeds of prosperity of modernization, investment and opportunity, we nurture those seeds and they grow,” Lehner said.

Central Steel & Wire purchases coils of steel, aluminum and other metals from factories, then processes and manufactures them into everything from structural I-beams used in construction to sheet metal used to make appliances .

The company opened its factory on the southwest side of Chicago 80 years ago. The University Park facility is expected to be ready for lease in 2023.

“The more we manufacture in this country and do it the way we’re going to do in University Park, the more large-scale prosperity will grow,” Lehner said.

Companies that value employees and pay family wages promote equality and can help reduce violence and division in society, he said.

“Quality of life, well-being, income equality and inclusion will all improve and more people will start to feel better and get along better,” Lehner said.

Representatives said the company chose University Park because of access to interstate highways and a skilled, trained workforce.

“There aren’t too many 100-acre plots in Chicago proper,” Jack Barger, president of Central Steel & Wire, told me.

Local elected officials and promoters of regional economic development said the project is the latest example of job growth in the region.

Central Steel will employ at least 300 people at the University Park Center, Will County Executive Jennifer Bertino-Tarrant said. Will County now has more jobs than people, she said. The 2020 census pegged the population at 696,355.

News from the southern suburbs delivered every Monday and Wednesday

“We have gone from being an agricultural economy to the fastest growing economy in the state,” she said. “We continue to welcome new industries and home construction at a record pace.”

I waited to chat with Lehner until he was done listening to presentations from Tricia Kerns, associate professor of operations and supply chain management at Governors State University’s College of Business, and Roger Fisher, manager of workforce and community partnerships at Prairie State College.

“I’m not saying manufacturing will solve all the challenges and problems we face, but don’t kid yourself,” Lehner said in concluding his public remarks.

“An honest reading of the data since 1975 should be more than enough to convince you that investments in a modern, skills-based manufacturing workforce producing high-value products in the Chicagoland area and throughout elsewhere, will do a lot of things better,” Lehner said.

Ted Slowik is a columnist for the Daily Southtown.