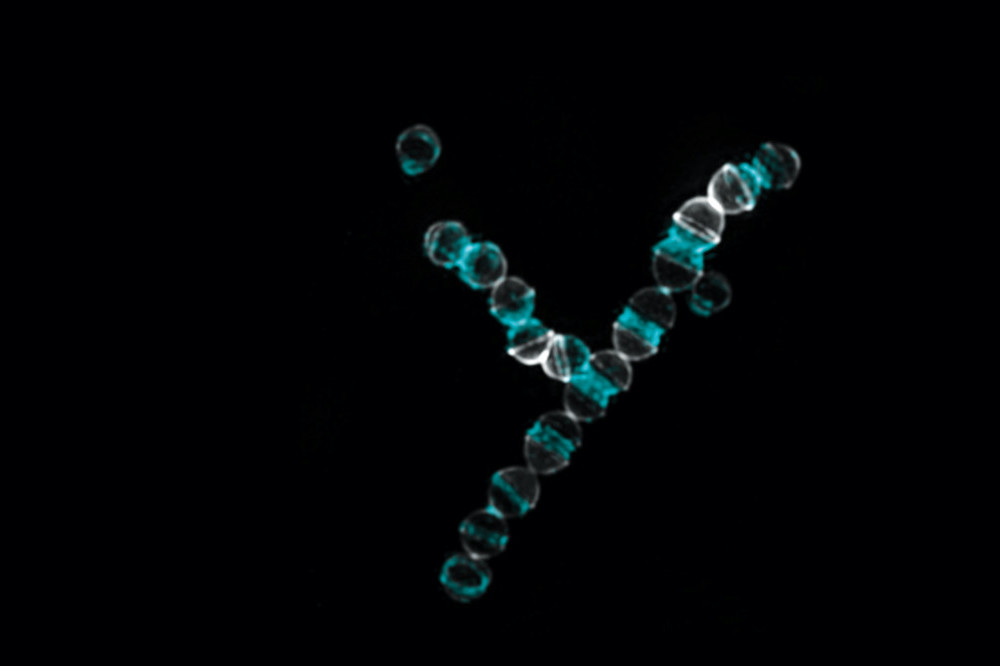 The synthetic antibiotic cilagicin was particularly active against Gram-positive bacteria such as Streptococcus pyogenes, described above.

A new antibiotic, synthesized at Rockefeller University and derived from computer models of bacterial gene products, appears to neutralize even drug-resistant bacteria. The compound, named cilagicine, works well in mice and uses a novel mechanism to attack MRSA, C difference.and several other deadly pathogens, according to a study published in Science.

The results suggest that a new generation of antibiotics could be derived from computer models. “This isn’t just a cool new molecule, it’s a validation of a new approach to drug discovery,” says Sean F. Brady of Rockefeller. “This study is an example of computational biology, genetic sequencing and synthetic chemistry coming together to unlock the secrets of bacterial evolution.”

Act on eternities of bacterial warfare

Bacteria have spent billions of years developing unique ways to kill each other, so it’s perhaps no surprise that many of our most potent antibiotics are derived from bacteria themselves. With the exception of penicillin and a few other notable substances derived from fungi, most antibiotics were first weaponized by bacteria to fight other bacteria.

“Eons of evolution have given bacteria unique ways to engage in warfare and kill other bacteria without their enemies developing resistance,” says Brady, Professor Evnin and director of the Genetically Engineered Small Molecules Laboratory. coded. The discovery of antibiotics once consisted largely of scientists streptomyces Where bacillus in the laboratory and bottling their secrets to treat human diseases.

But with the rise of antibiotic-resistant bacteria, there is an urgent need for new active compounds, and we may be running out of bacteria that are easy to exploit. However, countless antibiotics are likely hidden in stubborn bacterial genomes that are difficult or impossible to study in the laboratory. “Many antibiotics come from bacteria, but most bacteria can’t be grown in the lab,” says Brady. “It follows that we are probably running out of most antibiotics.”

An alternative method, championed by the Brady lab for the past fifteen years, is to find antibacterial genes in soil and grow them in more lab-friendly bacteria. But even this strategy has its limits. Most antibiotics are derived from genetic sequences enclosed in so-called biosynthetic gene clusters, which are genes that function as a unit to collectively code for a series of proteins. But these clusters are often inaccessible with current technologies.

“Bacteria are complicated, and just because we can sequence a gene doesn’t mean we know how the bacterium would turn it on to produce proteins,” says Brady. “There are thousands and thousands of uncharacterized gene clusters, and we’ve never figured out how to turn on a fraction of them.”

A new pool of antibiotics

Frustrated by their inability to unlock many groups of bacterial genes, Brady and his colleagues turned to algorithms. By separating the genetic instructions into a DNA sequence, modern algorithms can predict the structure of antibiotic-like compounds that a bacterium with those sequences would produce. Organic chemists can then take this data and synthesize the predicted structure in the lab.

It’s not always a perfect prediction. “The molecule we end up with is likely, but not necessarily, what those genes would produce in nature,” Brady says. “We’re not worried if it’s not quite right – we just need the synthetic molecule to be close enough for it to act the same as the compound that evolved in nature.”

Postdoctoral associates Zonggiang Wang and Bimal Koirala of the Brady lab began by searching a huge database of genetic sequences for promising bacterial genes that were thought to be involved in killing other bacteria and hadn’t been examined before. The “cilium” gene cluster, which had not yet been explored in this context, stood out for its proximity to other genes involved in the manufacture of antibiotics. The researchers duly fed its relevant sequences into an algorithm, which came up with a handful of compounds it likely produces. One compound, aptly dubbed cilagicine, has been shown to be an active antibiotic.

Cilagicin reliably killed Gram-positive bacteria in the laboratory, did not harm human cells, and (when chemically optimized for use in animals) successfully treated bacterial infections in mice. Of particular interest, cilagicin was potent against several drug-resistant bacteria, and even when challenged against bacteria cultured specifically to resist cilagicin, the synthetic compound prevailed.

Brady, Wang, Koirala and colleagues determined that cilagicin works by linking two molecules, C55-P and C55-PP, both of which help maintain bacterial cell walls. Existing antibiotics such as bacitracin bind to one of these two molecules, but never both, and bacteria can often resist these drugs by cobbling together a cell wall with the remaining molecule. The team suspects that cilagicine’s ability to disconnect the two molecules may present an insurmountable barrier that prevents resistance.

Cilagicine is still a long way from human trials. In follow-up studies, the Brady lab will perform further syntheses to optimize the compound and test it in animal models against more diverse pathogens to determine which diseases it may be most effective in treating.

Beyond the clinical implications of cilagicine, however, the study demonstrates an evolutionary method that researchers could use to discover and develop new antibiotics. “This work is a great example of what might be found hidden in a cluster of genes,” says Brady. “We believe we can now unlock a large number of new natural compounds with this strategy, which we hope will provide an exciting new pool of drug candidates.”