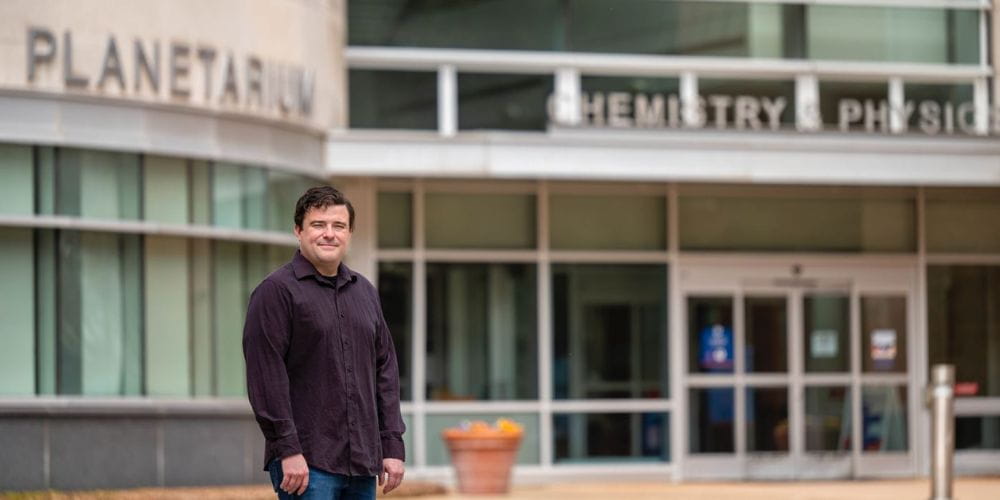 A space physicist from the University of Texas at Arlington will play a key role in NASA’s Geospace Dynamics Constellation (GDC) mission.

GDC is a coordinated group of satellites that will provide the world’s first direct measurements of the region of space enveloping the Earth known as the ionosphere and thermosphere (IT) region, according to a NASA press release. .

Rick Wilder, an assistant professor of physics, will be the lead scientist on an instrument known as the Atmospheric Electrodynamics for THERMal plasma (AETHER) probe. AETHER will measure electron density and temperature, allowing researchers to describe the complex nature and structure of the ionosphere. The team’s goal is to understand the phenomena that contribute to space weather and its effects on human activity.

When solar flares collide with the Earth’s atmosphere, the exchange of energy can disrupt satellite operations, communication signals and power grids. Density changes in the ionosphere can disrupt global positioning systems, affecting navigation for a variety of vehicles.

“Transcontinental communications and satellite signals rely on stable conditions in Earth’s upper atmosphere,” Wilder said. “Understanding the variability and potential for disturbances in the computational region will allow scientists to develop methods to mitigate the negative effects on human activities.”

The investigative team is led by Laila Andersson, principal investigator and space plasma researcher at the University of Colorado’s Atmospheric and Space Physics Laboratory. Wilder will work directly with Andersson to define the scientific objectives of the investigation and oversee the team’s publications to report its findings. Under Wilder’s supervision, a graduate student from UT Arlington will help with data analysis for the survey.

Wilder is the second UT Arlington faculty member to participate in the GDC. NASA named UT Arlington Distinguished Physics Professor Yue Deng as one of the mission’s interdisciplinary scientists. Deng’s team will support GDC with state-of-the-art physical models and ground operations, which are important for successful launch, operations and mission closure.