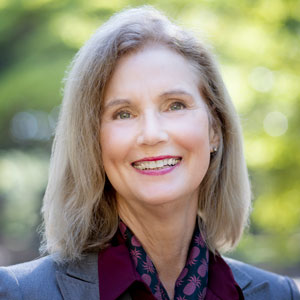 Growing up, the new president of the University of South Carolina, Donna Arnett, wanted to pursue a career in health care. Initially, that meant becoming a doctor, but when her parents told her it was financially rewarding — she was a first-generation student and lived at home throughout her undergraduate career at the University of Florida. from the South – she graduated with a degree in nursing. .

It was the first “good call” in a series of good calls. Arnett spent five years as a nurse before embarking on an academic career: clinical research work at USF, followed by a master’s degree in public health there; a doctorate in epidemiology from the University of North Carolina Chapel Hill; a tenure-track position, right out of graduate school, in the Division of Epidemiology and Community Health at the University of Minnesota.

“Epidemiology and biostatistics were really like a light bulb,” she says. “This is how you structure the formulation of questions, design studies to answer them, and analyze them statistically to find out whether they matter or not. I fell in love with it.

It was a good choice, a chance to sharpen his analytical and problem-solving skills by applying the scientific process. It also helped her discover who she was as an academic.

I really want to understand the unique points of excellence at the University of South Carolina. I want to discover these gems.

“Because I’ve always been a person who liked to ask questions and do research, it was a much better professional career for me than medicine probably would have been,” she says. “I became a scientist.”

But Arnett was also a leader and from an early age.

“It’s interesting — when I was a brownie and a Girl Scout, I was always the group leader,” she says. “I never asked to be. I was just always appointed. And when I started my research, when I was an assistant professor, my freshman year, they put me in charge of a vast study that had been going on for 20 years, called the Minnesota Heart Survey.

The study, which involved interviewing 11,000 people over a two-year period and conducting clinical exams on more than 5,000 people in 44 groups across Minneapolis-St. Paul, was a lesson in managing complex systems. It also gave him the confidence to explore other leadership roles.

In 2004, she joined the University of Alabama at Birmingham where she served as Department Chair and Associate Dean for Academic and Strategic Programs. “I loved being chair of a university department because you can really shape not just the discipline, but also the course of your faculty’s lives and the lives of your students,” she says.

She then served as President of the American Heart Association in 2012-2013, and in 2016 she leveraged her extensive academic leadership experience into a new role as Dean at the University of Kentucky College of Public Health.

But when the position of provost opened up at the University of South Carolina, the timing was perfect to take on an even bigger administrative role at a flagship public university.

“I was very selective in my interviews and waited for President Amiridis to be nominated before officially dropping my name in the pool because I want to be a partner,” she says. “I really believe in strong partnerships and I think we can do a good job together.”

She also plans to conduct an intensive 4-6 month listening tour on the Columbia campus, talking to faculty and deans, hearing their specific concerns but also discovering their strengths so she can build new networks. and programs in all disciplines.

“I do it in small groups so that I can interact with the teachers,” she says. “I really want to understand the unique points of excellence at the University of South Carolina. I want to discover these gems.

Share this story! Let your friends on your social network know what you’re reading