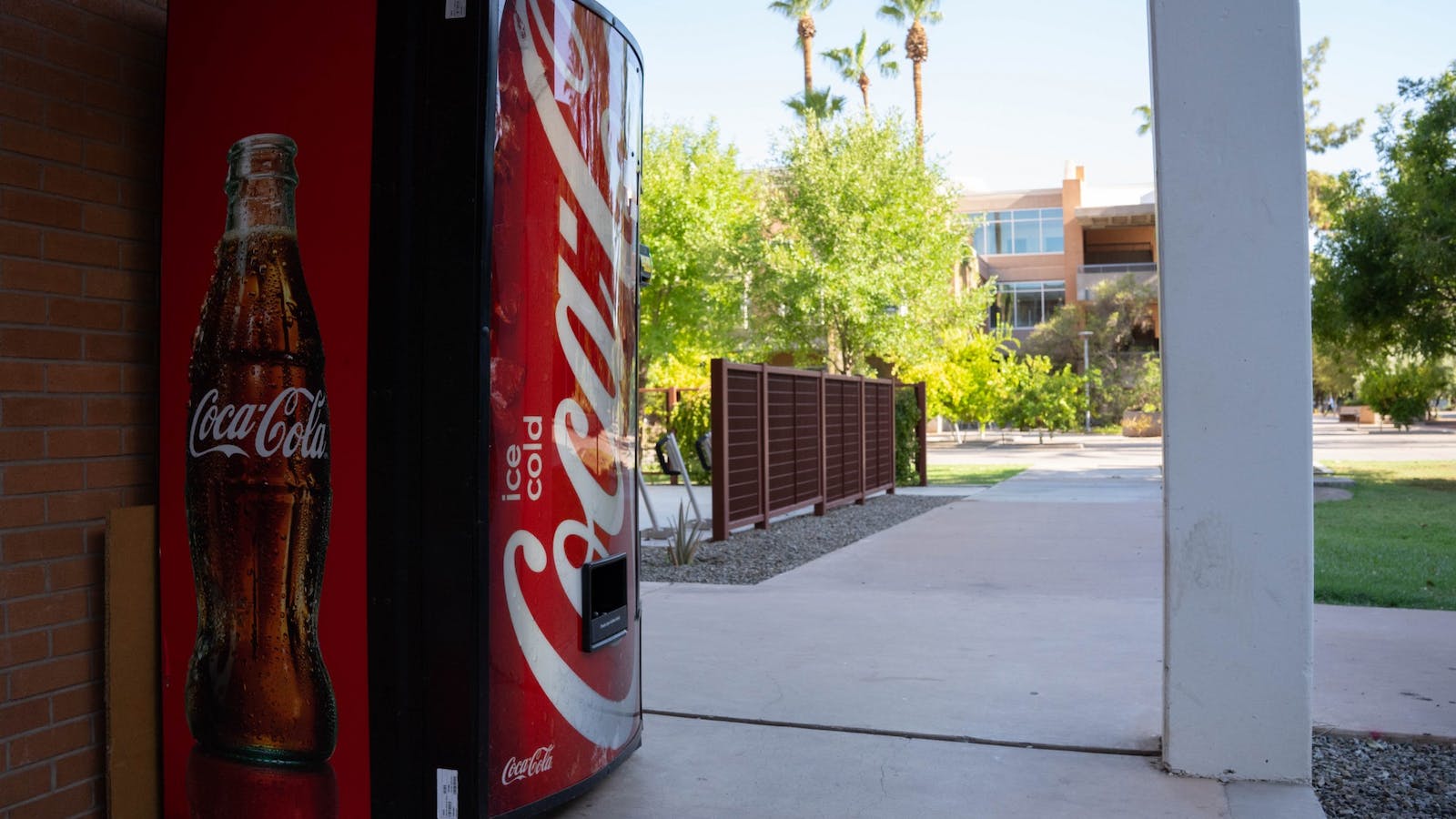 ASU’s contract with The Coca-Cola Company has the usual stipulations one would expect from a deal with a mega-corporation: Coke will indemnify the University about $30 million when the contract expires. and limit other types of beverages sold by ASU. It also requires the University to encourage members of the community to purchase Coke products and requires prominent individuals making an appearance on campus to only consume competing Coke products if “no branding is visible”.

These types of contracts incentivize universities to market and sell sugary drinks, which pose health risks for consumption, according to a study published in May in the Journal of American College Health. The study found that 124 US public universities with 20,000 or more students have unique contracts with beverage companies like Coke or Pepsi.

Eva Greenthal, lead author of the study and senior policy associate for the Center for Science in the Public Interestsaid research showed that drinking sugary drinks, such as Coca-Cola, showed an increased risk of heart disease, type 2 diabetes, dental disease and obesity.

With less than three years left on the ASU contract, Greenthal advises students “to encourage the University to adopt an alternative beverage model or explore improving or terminating their contract with Coca-Cola.” “.

The contracts, however, are lucrative for the University.

The two Coca-Cola contracts, a sponsorship agreementand a sales agreement have provided ASU with $16 million so far, an ASU spokesperson said in an email July 15. Revenue from the contract with Coke is redirected to student engagement programs like Changemaker Central, Programing & Activities Board, and Fraternity and Sorority Life. It also assists the University in initiatives such as the construction Coca-Cola Solariumevent space at Sun Devil Stadium, the ASU spokesperson said.

The University, the spokesperson added, has increased the number of calorie-free and low-calorie drinks it offers on its shelves. And, water fountains are available at all ASU buildings to “encourage Sun Devils to choose water over soda or sugary drinks,” the spokesperson said.

Punam Ohri-Vachaspati, a professor at the College of Health Solutions, says there is no incentive for students to choose water over sugary drinks.

“Our students come in at a young age of 18 or 19,” Ohri-Vachaspati said, making them “always very suggestible” about the eating habits they adopt.

Before speaking with The State Press, Ohri-Vachaspati checked out the Coca-Cola vending machine at her workplace at the Arizona Biomedical Collaborative. Of the 10 drinks offered, says Ohri-Vachaspati, only one was an unsweetened drink: DASANI water.

“Given ASU’s focus on health and wellness, I was hoping to see more healthier beverages,” Ohri-Vachaspati said.

ASU did not provide information about its past contracts with the beverage companies because the documents are expunged five years after the contracts end, the ASU spokesperson said Aug. 10.

Laura Coordes, associate dean of the faculty and associate professor at the Sandra Day O’Connor College of Law, specializing in contract law, said decade-long or longer contracts are often beneficial. They generally do not require constant renegotiations between the parties. However, shorter contracts can allow for renegotiations that follow any change in “market conditions”, Coordes said.

The sales agreement allows Coke to be the University’s exclusive beverage supplier with on-campus marketing rights, the contract says.

At the start of the agreement, ASU had 185 Coke vending machines on campus, and now the University has 116, an ASU spokesperson said in a July 15 email.

The University receives royalties from beverages sold by Coke vending machines, which amount to nearly $4.5 million after 10 years.

The sponsorship deal makes Coke the University’s exclusive beverage sponsor and gives them access to on- and off-campus marketing rights, the contract says.

There are exceptions, as the University may sell unbranded tap water, milk and coffee. Non-Coke brand beverages may not occupy more than 10% of campus convenience store shelves like the POD market. For each non-Coke beverage, ASU must also carry the equivalent Coca-Cola beverage. “For example,” the contract states, “if Lipton is carried, Gold Peak must also be carried.”

Ohri-Vachaspati finds the amount of marketing required by the contract to be “aggressive”.

VIPs performing or appearing on campus, including athletes, coaches or musicians, can only consume a “limited” amount of non-cola beverages. If so, the product brand may not be visible.

The contract requires ASU to annually “remind” university members of the Coke Accord and “encourage” them to use Coke beverages for their departments, the contract says.

Each year, ASU receives about $2 million in sponsorship fees from Coke, or about $22 million after 10 years. During the first two years of the COVID-19 pandemic, ASU received two-thirds of its annual sponsorship fee because the contract allowed them to “negotiate payments based on volume of sales and cancellations of sporting events,” the ASU spokesperson said.

In addition to fees, ASU receives rebates for each case of Coke beverages purchased by the University for dealers. Coke will pay approximately $300,000 to ASU each year, which will result in a total of at least $3 million in rebates after 10 years.

Coke is providing $18,000 for merchandising items, while an additional $200,000 of beverages are donated to the University for “special student and faculty events and student-athlete use, but not for resale”. indicates the contract.

The contract allows Coke to use college athletics as a sponsorship opportunity. For example, on-campus sporting events must use the Powerade trademarks on cups, coolers and equipment. ASU must provide Coke with free tickets and “host rights” for sporting events.

The sponsorship contract also states that ASU and Coke are to meet annually to develop a plan to address “recycling needs on the college campus.”

“With many universities trying to reduce their environmental impact, having contracts that require them to maximize sales volume of single-use plastic bottled beverages can interfere with on-campus sustainability goals,” Greenthal said.

In response, the ASU spokesperson said the University “has a cross-functional committee that oversees SUP usage and waste.”

Jasmine Kabiri is a senior reporter at The State Press. She previously worked for The Daily Camera, a local newspaper in Boulder, Colorado.

Continue to support student journalism and make a donation to the state press today.