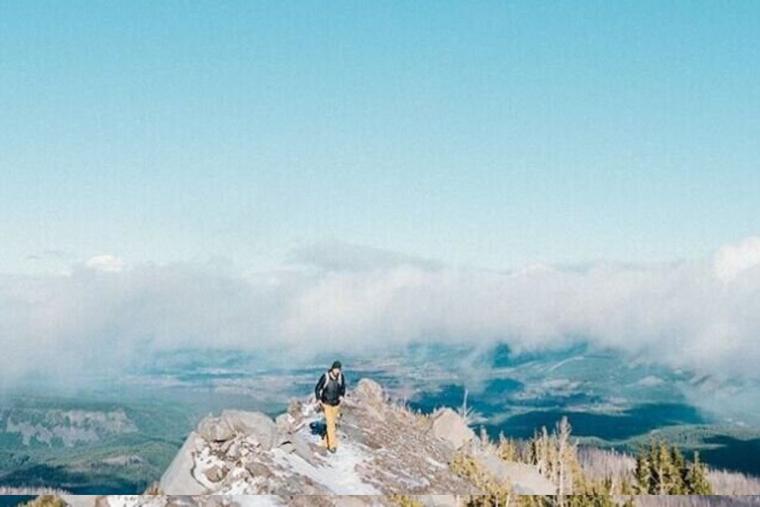 Called Integratis, the company got its start as an officially recognized ministry of the Franciscan University this academic year, but began three years ago when Brittany Bain and Manny Gonzalez founded Integratis in hopes of providing a community to other Franciscan students experiencing same-sex attraction and living in accordance with the teachings of the Church regarding homosexuality and chastity.

Bain and Gonzalez spent two years developing Integratis’ structure and programming in partnership with the university before it was launched as a public apostolate. Since then, the Integratis community has more than doubled in size and now has 20 current students.

The mission statement clarified that Integratis “is not a ‘support group’, ‘student club’ or ‘advocacy group’ that one might find at other colleges and universities”, and the ministry “rejects current LGBTQ+ cultural definitions and assumptions.” For example, Integratis avoids identifying people by their sexual attractions or gender experience.

Instead, Integratis provides “a faithful community that helps men and women live full, abundant, virtuous, and integrated lives in accordance with the truth, goodness, and beauty of human sexuality as understood and joyfully proclaimed by the Catholic Church.” The name of the group means “made whole” in Latin, emphasizing that “we all need Christ and are healed only by his resurrection”.

Bring an idea to life

Integratis grew out of Bain’s desire to have a community of faith with other students who could relate to her experience as a faithful Catholic with same-sex attraction. Bain said she felt “totally alone” in this regard until her senior year, when she became aware of other students with same-sex attraction. “I didn’t want anyone else to feel as alone as I did,” she told the Register.

In 2019, Bain approached Office of Evangelism director Bob Lesnefsky and expressed a desire for a ministry for same-sex attracted Catholic students. He was enthusiastic about the ministry and approached the university’s president, Franciscan Father Dave Pivonka, with the idea.

“It’s a huge need in the Church right now,” Lesnefsky said, “and it hasn’t done us any good as a Church to avoid the issue, to remain silent, or not to engage”.

With Father Pivonka’s support, Lesnefsky and Bain began meeting with other Franciscan faculty and staff to pray about the ministry and create a vision for Integratis under the Office of Evangelism. Bain drew on her personal experience, as well as her background as a coach, mentor, and social work student.

Gonzalez joined the project in the spring of 2020. Prior to his involvement with Integratis, he launched a ministry of public expression on same-sex attraction and living the teaching of the Church, addressing a national and international audience of students, teachers, priests and seminarians. He has also collaborated with many Catholic ministries, such as that of Jason Evert chastity project, Courage International, Catholic News Agency and Sophia Institute.

Bain and Gonzalez had both previously participated in Eden Invitationwhich is an apostolate for same-sex attracted Catholics living in fidelity to the Church’s teachings on sexuality and chastity.

Anna Carter, a Franciscan alumnus and co-founder and president of Eden Invitation, told the Register that she was “incredibly excited to see the fruits of [Bain and Gonzalez’s] dedication to Christ and his missionary call.

“At a Catholic university, there can be a pressure to be ‘perfect’ or have it all together, compared to your classmates,” Carter said, noting that students with gender dysphoria can feel this especially strongly. “Specific spaces for them to process and find fellowship are extremely important.”

Bain is now the program director for Integratis, and Gonzalez serves as a graduate ministry assistant while he pursues a master’s degree in catechesis and evangelism.

Let’s aspire together to holiness

The Integratis community comes together for weekly community nights, which seek to build and foster genuine friendship. The community attends Mass together for a night of prayer twice a semester. Also twice a semester, training evenings are held, during which Bain and Gonzalez provide more formal counseling to the community by returning to two central themes of the ministry: who are we and who is God? In addition to sharing personal experiences, the group takes advantage of resources such as Eden Invitation’s “Porch Series” videos, writings of Eve Tushnet, and other sources that discuss gender and sexuality from a faithful Catholic perspective.

“We all share the same or similar experiences, and yet we all agree with the Church and strive to live a holy life according to the teachings of the Church,” Gonzalez said. “The purpose of the community is to provide a safe space and to provide support as we carry this particular cross together to Calvary” and “to rejoice in the glory of the resurrection and the freedom found in the teachings of the ‘Church”.

As an unofficial ministry for two years, Bain and Gonzalez advertised Integratis through posters and word of mouth. Out of respect for the members, Integratis is a confidential community.

“I don’t know where I would be if it wasn’t for this group,” said a Franciscan junior who has worked with Integratis for two years. He was raised Catholic and experiences same-sex attraction, and he sees Integratis as a “gift from God.”

During his first year, he attended several Courage meetings in nearby Mingo Junction, Ohio.

“It was a new concept for me because I didn’t really know there were young people who still wanted to embrace the Church’s teaching on marriage and chastity,” he said.

In 2021, this student discovered Integratis and started attending meetings. He said he appreciates the group meeting on campus and being so accessible to students. “It was more intimate. We didn’t feel like we were escaping to go to this secret meeting,” he said.

He said Integratis helped him understand his experience of same-sex attraction in light of Church teachings as a call to sacrificial love.

“It’s like God is calling me deeper to really look at him. God calls me to love in a deeper way that sometimes hurts. It’s not the most comfortable, but in the end it will be the most rewarding.

Gonzalez said he hopes Integratis further cultivates and encourages a meeting atmosphere on campus. It seeks to diminish the shame and isolation that students can often feel when experiencing same-sex attraction or gender mismatch on Catholic campuses through Integratis’ testimony of the freedom found in Christ and the teachings of the Church.

He wants Integratis to be a witness of faith on campus and a way to encourage all students to bring their struggles to Christ. “My hope is that the students who come [to Franciscan] – whether or not they experience same-sex attractions – feel comfortable coming to the Father, to come to the foot of the cross with their struggles, whatever that may be.

While Gonzalez said the reception of Integratis on campus has been overwhelmingly positive, he mentioned that some students disagree with Integratis’ mission because they disagree with the teachings. from the church.

“They see the teachings we stand for as outdated, trivial and bigoted, and they see us as fueling the problem,” he said. “For anyone who disagrees, my heart does not go out to anger or judgment. It immediately goes to sadness. I wish they could experience and witness the goodness that the Church offers—to see that it is good; it is holy; it is fruitful.

This year, Gonzalez and Bain hope to further refine Integratis so the ministry can expand to other Catholic campuses in years to come.

During the past summer, Franciscan organized a summer conference for all “Guide Newman” Catholic colleges (which are included in the Register own annual guide). The conference focused on human dignity, with particular emphasis on the relationship between Catholic identity and issues of sexual orientation and gender identity. Integratis presented its vision for ministry at the conference.

“We had a few more [colleges included in the Newman Guide] contact us already to ask us to send some of our Integratis missionaries to their institutions to provide training and begin to create ministry satellite teams on other Catholic university campuses,” said Dan Dentino, vice president of Franciscan for student life.

“The goal is to foster it on this campus to the point where the cup overflows to the point where we’re ready to pour it out to the rest of the world,” Gonzalez said. “They are definitely ready to receive it, and I think there are many Catholic campuses in our country and around the world that are thirsty [for this kind of ministry].”

Mary Frances Myler is a postgraduate fellow at the Center for Citizenship and Constitutional Government at the University of Notre Dame.