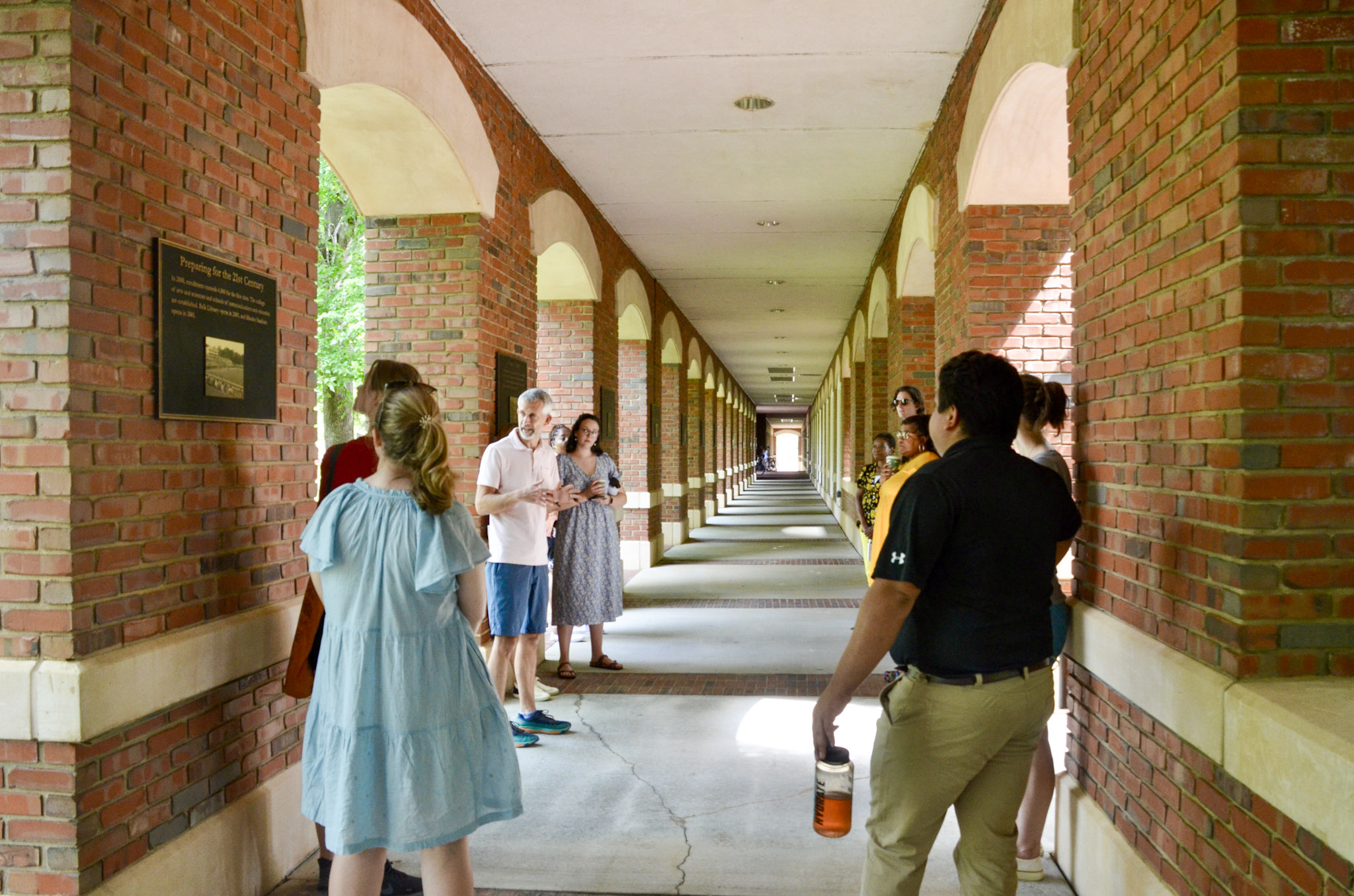 Under the theme “Coming to terms with our present by exploring our past,” the month-long series builds on the Committee’s work on Elon’s history and memory.

The annual Race, Reflection and Discussion Series focusing on Black accomplishments and anti-Black racism in Elon’s story continues as the community prepares to commemorate June 19. The Center for Race, Ethnicity and Diversity Education offers this opportunity for personal and professional development in partnership with the Division of Inclusive Excellence, Education and Development, the Committee on History and Memory of Elon and the Office of Leadership and Professional Development.

This year’s theme, “Reconciling with Our Present by Exploring Our Past,” relates to years past when the series focused on social justice and addressing systemic racism. The inaugural series took place in 2015 after the fatal shooting of nine black people by a white man at the Emanuel African Methodist Episcopal Church in Charleston, South Carolina.

This year’s theme also aligns with the principles of Juneteenth, a holiday commemorating when enslaved African Americans were finally freed 157 years ago. On June 19, 1865, federal officers arrived in Galveston, Texas to announce the end of slavery. This year marks Juneteenth’s first anniversary as a federal holiday, which is observed as a time of celebration as well as reflection.

On June 19, “we pause together to reflect on the widespread impact of racism and to reinforce our commitment to equity for Black Americans, so that we can all be free,” said Randy Williams, vice-president. President and Associate Provost for Inclusive Excellence.

During the first two weekly sessions, members of the Elon History and Remembrance Committee led discussions on anti-Black racism and a campus tour exploring the physical environment within a framework of diversity, equity and inclusion.

“This year’s topics allow us to discuss an inclusive interpretation of Elon’s story with validations of historical truths that include the voices and lived experiences of those with marginalized identities,” said Sylvia Muñoz, vice-dean of students and director of CREDE.

“As long as we continue to live in a society characterized by racial injustice, we must continue conversations about race and especially black Americans,” Irons said. “I don’t know how we could hope to achieve a more just society without diagnosing the causes of inequality or confronting white supremacy.”

All three hosts are members of the Elon History and Remembrance Committee. Gatti is currently president and Irons served as president from 2018 to 2020.

The other two sessions in the series will take place at 11:30 a.m. on June 22 (“Reflecting on our past to dialogue on current racial inequalities”) and June 29 (“Racial reconciliation and healing: a dialogue on action and next steps.”) The series is part of the ongoing work to make Elon a university for all and is the culmination of several efforts to connect the past with the present to move into the future.

“At Elon, ‘Inclusive Excellence’ coaching calls for a community that strives to dismantle oppression,” said Carla Fullwood, director of the Office of Inclusive Excellence, Education and Development. “I think the Race, Reflection and Discussion series creates a space to continue dialogue and raise awareness of racial difference and various forms of racism to fight type oppression.”

The series examines the fall 2020 report of the Committee on Elon’s History and Memory which made recommendations for teaching and learning about anti-black racism in Elon’s story. Among the 13 recommendations included in the report, which align with the university’s ongoing diversity, equity and inclusion initiatives, are the establishment of a permanent version of the History Committee and the memory of Elon; the implementation of a new process for renaming spaces on campus; develop new commemorative practices around a more inclusive version of Elon’s story, such as oral history projects and black experience tours in Elon; and create multiple pathways for students to confront race in their courses. The report also calls for support for the Black Lumen Project, an academic effort that grew out of Elon’s participation in Universities studying slavery. (Read more about the Black Lumen Project’s work so far and what lies ahead here.)