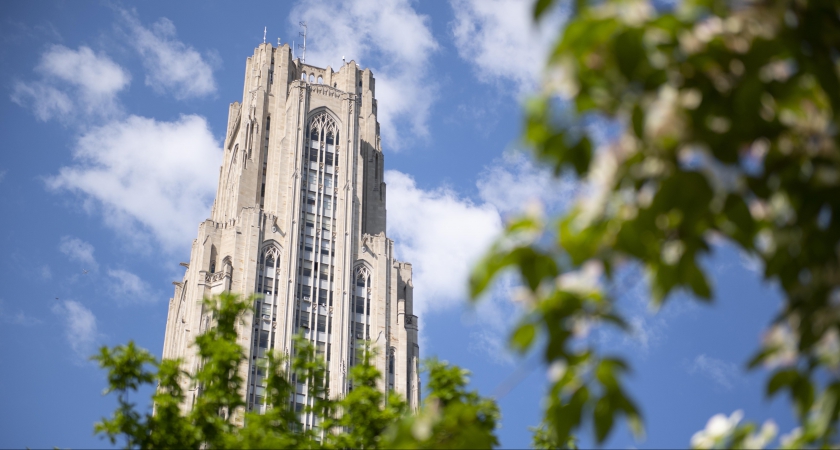 The group’s chair, Angie Coldren, told the Senate Council last week that they expected a strong turnout for the events – from 1 to 2 p.m. on June 30 and from 3 to 4 p.m. on July 27. They will be available on a virtual platform and possibly in person.

“HR will present the same information in both sessions as the topic will impact all staff,” Coldren said. “I think it’s a great opportunity for HR to be there and talk a little more about the composition modernization project to stop some rumors and quell some frustrations.”

More details will soon be available on the Spotlight Sessions.

Last week, James Gallaher Jr., vice chancellor of human resources who joined Pitt in December 2021, sent an email informing the Pitt community of the project, which still does not have a clear end date.

His post said that the first phase of the project – assessing and aligning academic positions for more accurate internal and external labor market comparisons and creating a job catalog – is nearing completion. The second phase – the implementation of the new structure, including the adoption of the new job clusters and standardized job descriptions across the University – will continue until at least the end of 2022, said Gallaher’s message.

It is during this second phase that department heads will receive advice on the new job structure and salary scales. Salary changes are dependent on benchmark results and budgets, and in most cases there will be no immediate effect on salaries, Gallaher’s post states. Benchmarking is currently under review and should begin within the next few weeks, he said in a separate email.

The third phase of the project includes the development and launch of career paths, to provide Pitt employees with resources to help them advance professionally at the University. Gallaher’s post stated that they expected Phase 3 to begin in 2023.

At one point, almost a third of Pitt’s staff was categorized as “administrators”. Gallaher said it has become “kind of a catch-all for positions that don’t fit into a specific category within the current structure of the University.” Job mapping has identified the main tasks and responsibilities of these positions in order to categorize them. »

For example, an administration manager who performs financial analysis, budget forecasting, and other finance-related tasks is mapped to a corresponding level in the finance job group. As another example, an administration manager who performs functions similar to managing a department’s workforce, including payroll and recruitment, can be mapped to a human resources job group. .

The message from HR this week stressed that the new structure and standardized job descriptions will not change individual roles, responsibilities or areas of interest. “It simply groups similar roles across the University into the personnel system in a cohesive manner, where possible, to enable precise market alignment and competitiveness.”

Administrators working with the project team helped map current jobs to those in the new job catalog, Gallaher said in an email. The project team will review their work and work with administrators to discuss updates, ensuring task mapping is accurate.

Employees will be able to review their job categorization and mapping summary once this work is completed as part of the second phase of the project.

The project dates back to 2017 when it was called Total Rewards. Job analysis questionnaires were sent to approximately 6,800 staff members, with a response rate of 96%. Then, very little happened for the next two years under the leadership of Human Resources Director Cheryl Johnson.

In December 2019, then-new Vice Chancellor of Human Resources David DeJong said he and his department were ready to move forward with the project now called Shaping the Workplace “at full speed” with the aim of reshaping the work environment on campus. Just before the pandemic sent most employees home in March 2020, DeJong released a report on all feedback received online and in listening sessions with employees on the Shaping the Workplace initiative.

In February 2021, DeJong, who had by then been promoted to Senior Vice Chancellor for Business and Operations, said the pandemic had slowed the program somewhat, but reiterated his “full steam” motto. He said at the time that job reviews and initial market matching would be completed in the coming weeks.

DeJong’s promotion, however, left an opening for a permanent human resources director that was not filled until Gallaher arrived late last year.

Mark Burdsall, deputy vice-chancellor for human resources, told the Staff Council in July 2021 that the job groups had been created and were awaiting feedback from senior management.

Gallaher said this week that senior management has approved the development and implementation of the new compensation modernization structure. Once the first phase is complete, management will review project progress and next steps, including market analysis and benchmarking.

Anyone wishing to share comments and/or ask questions about the project can submit them via the Compensation Modernization Project Web Form.

Do you have a story idea or a short story to share? To share with the University Times.