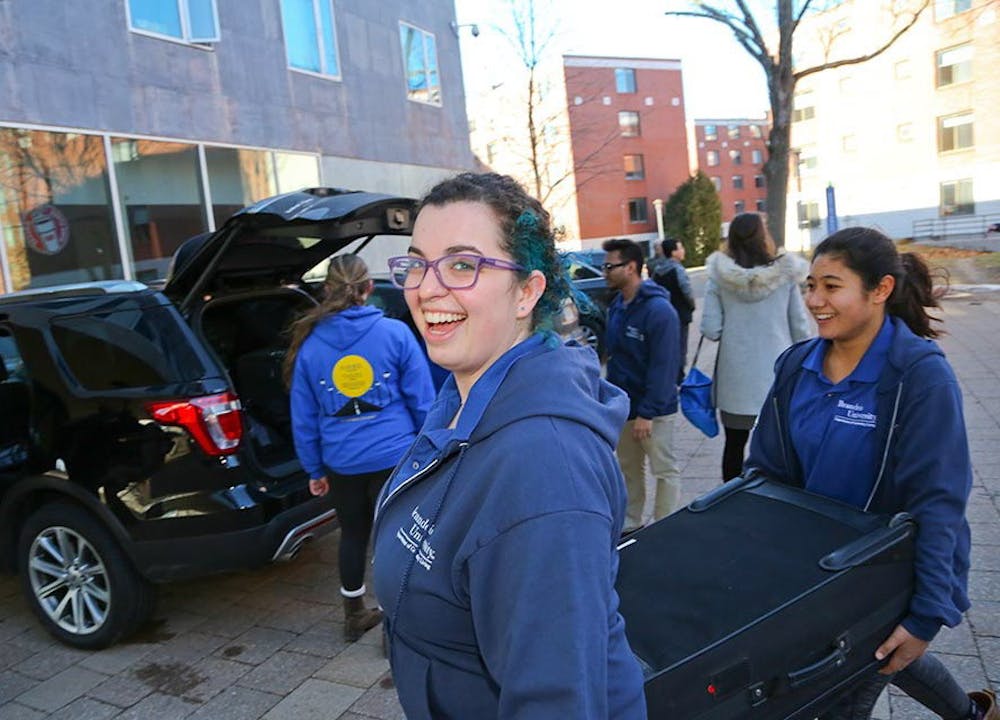 On Wednesday, April 6, posts containing a link to a document titled “Letter to Administration Addressing CA Meal Plan Compensation” began circulating in the Brandeis community on social media. The document was originally posted by community advisors, who asked other students to sign and share the petition. As of Monday afternoon, less than a week later, the petition had racked up 555 signatures from non-CA students. Additionally, the document contained the signatures of 80 current and incoming CAs; more than 50 faculty, staff and alumni; and more than three dozen parents.

The petition was made in response to the renegotiation of the University’s catering contract which is currently underway. The petition’s demands — which are directed at university president Ron Liebowitz and seven named members of the administration — include full compensation for CA meal plans, adequate food on campus during school vacations and an additional allowance for CAs to compensate them for “risking their health during the COVID-19 pandemic by keeping residents of Brandeis apartment buildings safe. The final request in the petition is for a meeting between CA representatives, Liebowitz, and other members of the administration “to discuss other matters relevant to the CA position.”

CAs are responsible for providing assistance and support, enforcing rules, and planning events for students in the residences to which they are assigned. At Brandeis, CAs are compensated in the form of one-bedroom residence space and a $625 stipend for meal plan expenses. CAs are required to purchase a meal plan.

“For many years,” the letter included in the document states, “Community Advisors have advocated for full compensation for room and board, on par with similar institutions, including full compensation for the meal plan and allocation. These demands have not been met, despite constant acknowledgment by the administration. The letter goes on to mention Clark University and the University of Massachusetts Boston as two examples of schools that include a meal plan as part of the compensation package for students in positions comparable to the CA role at Brandeis. Boston University, Boston College, and Wellesley College are also among Boston-area schools that compensate students in these positions with a meal plan or stipend of equal or greater value.

The letter to members of the administration indicates that during the COVID-19 pandemic, CAs have been forced to assume the responsibility of “maintaining the essential functions of the University” and have experienced a lack of warning of the changes made. to COVID-19 policies, inadequate personal protective equipment, and little support from the University. “Over the past two years, the workload of CAs has been overburdened without additional compensation. For this reason, it has become even more imperative that Brandeis CAs be fairly compensated,” the document states.

The letter cites Brandeis’ mission and diversity statements and points out that Brandeis’ CA staff is largely comprised of BIPOC, low-income, or first-in-family college students. “In order to recognize ‘the ways in which social, cultural and economic inequalities affect power and privilege in society at large and within Brandeis himself,’ states the petition letter, citing the Mission and Diversity Statements, “the administration must recognize the difficulties that CAs face in their positions…this continued lack of recognition does not meet the University’s commitments to support its marginalized students.

Alaysia Penso ’23, who is in her second year as a CA, agrees with this statement. “Many CAs are marginalized students or simply cannot afford to live on campus. They therefore accept these positions in order to finance their studies despite the fact that it is an exploitation of the University to use these students to fill these roles without adequate remuneration,” Penso said in an April 10 email to the justice.

Raymond Lu-Ming Ou, vice president of student affairs, could not be reached to comment on the petition demands. Dan Kim, the university’s senior vice president of communications, marketing and external relations, responded to the judge’s request for comment in place of Ou in an April 9 email. “If we were to increase the contribution to CA Meal Plans, as with all financial decisions at the University, we would need to consider the cost of a greater benefit relative to spending on other priorities in services. to students, scholars and other fields,” Kim wrote.

He explained that the decision to cover more or all of the cost of meal plans for CAs does not depend on the restaurant’s selection or contract. He went on to say that due to the “complexity” of the RFP process by which Brandeis will select a catering supplier and sign a new contract with the selected company, “Brandeis does not anticipate any major changes to the structure of the catering plan for the fall semester, so a free or reduced-cost plan specifically for CAs is something Brandeis should consider in future years.

Penso said she felt this administration response was inadequate and criticized the University’s lack of action to increase financial compensation for CAs as part of a larger scheme of taking advantage of students and failing to act to solve problems affecting students. “The University should be committed to not exploiting its students,” Penso said, adding that “this university prides itself on championing social justice and activism, but too often it fails and activism remains performative.” .

Last April, a letter signed by CAs was sent to Liebowitz and other members of the University administration in which these student-workers expressed their frustration with the increased responsibilities and risks imposed on CAs due to of the COVID-19 pandemic, examples of which were noted in the letter. These included enforcing COVID-19 policies and having to facilitate a much longer and more difficult student move-in process.

“We’ve been challenged to walk the fine line between community builders and policy implementers — more this year than ever before,” the Spring 2021 letter said. “entering student spaces when we see violations, supporting students in distress, engaging with large groups of non-compliant students, etc., which puts us at additional risk from COVID-19.”

The main demand of this letter, like that of the recent petition, was that Brandeis compensate its CAs with full room and board coverage, which would include a meal plan. Molly Cady ’21, who at the time was one of the chief CAs of the Massell and Rosenthal quads, sent the document containing the letter to the various members of the administration to whom it was addressed to the Justice.

In an April 11 email interview, a year after sending that email on behalf of CA staff, Cady told the judge, “The response [from the administration] was honestly disappointing. Although she and other CAs met with the administration regarding the applications over the summer, she is not aware of any final agreement having been reached.

Cady expressed support for the petition but expressed disappointment that the requested changes had not yet been made. “CAs are SO much of an asset to campus life and so much of what happens behind the scenes is the result of the work done by CAs and Chief CAs…There shouldn’t be a need to take letter after letter to the administration to see the action. She encouraged Brandeis students to support the new petition, explaining, “At this point, [student support] this is what it will take to hold the administration accountable,” and implored the University to provide its CAs with “fair” and “full” compensation.

As a current CA, Penso believes Brandeis needs to do more to support its CAs. “We are students responsible for the welfare of many other students and have to give up many of our weekends and weeknights to be available for residents. We mediate conflicts and, according to the fall training, we are often the first ‘responders’ on the spot when something goes wrong,” she said, arguing that “the least the University can do is to absorb the meal plans for us”.

—Editor’s Note, Editor Cameron Cushing ’23 is a Community Advisor. He did not contribute to or edit this article.