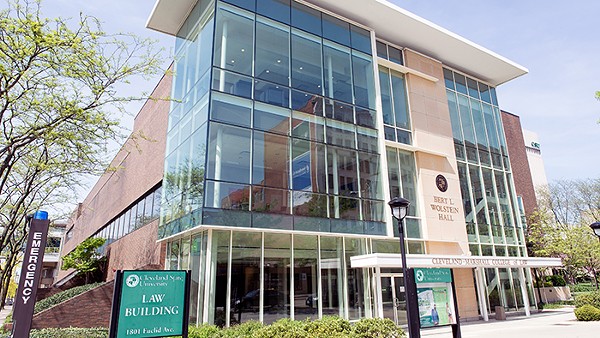 The vote followed the recommendations of an ad hoc committee of students, faculty and alumni, which earlier this year recommended the change to no longer commemorate John Marshall, an “unrepentant slave owner”.

The committee had said that John Marshall did not represent well a majority minority city like Cleveland and was incompatible with the values ​​of the university. Marshall’s slaveholding and reluctance to free his slaves as others in his day did, was the primary reason for the committee’s decision.

The Cleveland City Council and students had also urged CSU leaders to drop the name.

In a statement Thursday, Students Against Marshall said it “is relieved that finally, after nearly 3 years, two CSU presidents, two investigative committees, and regardless of the number of hours and taxpayer dollars spent on this issue, the CSU Board of Trustees decided to listen to the students.We, the future alumni, donors, and leaders of Cleveland and Ohio, were ignored as the board of trustees ruthlessly graduated two classes with a slave owner on their diplomas We are grateful for this progress but are realistic about the amount of work Cleveland State University needs to do to repair its relationship with its students of color and their allies, and root out the many systemic biases that exist within this institution.”

Coming soon: the Cleveland Scene Daily newsletter. We’ll send you a handful of interesting stories about Cleveland each morning. Subscribe now so you don’t miss a thing.