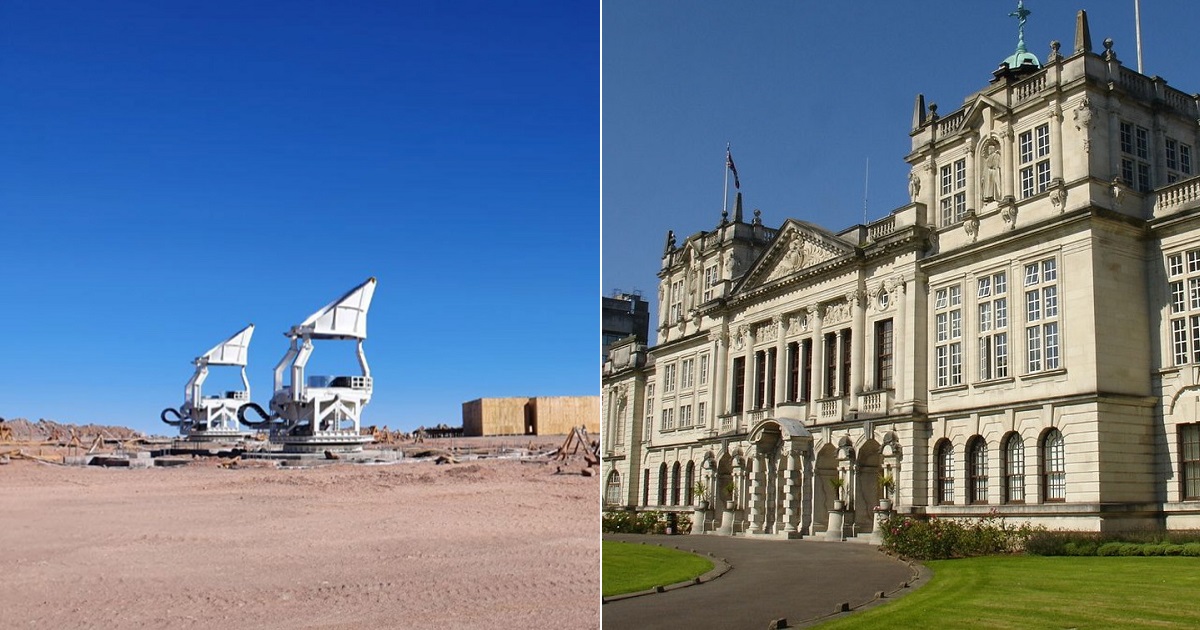 An international astronomy mission to search the sky for the cosmic origins of the universe is to be joined by scientists from Cardiff University.

Cardiff is one of six universities that will provide a major upgrade to the Cosmic Microwave Background (CMB) experiment known as Simons Observatory (SO).

The CMB is the heat trail left by the Big Bang, and scientists say studying it can inform our understanding of how stars and galaxies form.

Dr Colin Vincent, Associate Director for Astronomy at the Council for Science and Technology Facilities, said: “This major investment from UKRI (UK Research and Innovation) will enable UK researchers to lead discoveries alongside partners in this international facility, uncovering the secrets of the very dawn of time.”

The Observatory is a ground-based telescope located on a mountain 5,200 m (17,000 ft) above the Atacama Desert in Chile.

Fluctuations in CMB, the heat left over from the first warm days in the history of the Universe, reveal changes in the distribution of matter soon after the Big Bang that are the initial seeds of all structure in the Universe.

The two types of telescope will do two different jobs.

While the Large Telescope will tackle a range of unresolved questions, including the nature of neutrinos and other relativistic species, the nature of dark matter, and the physics behind the observed accelerated expansion of the universe.

From next month, the six universities making the UK’s major new contribution are:

With £18 million in funding from UKRI, the UK will lead two additional telescopes, greatly increasing the sensitivity of the facility, as well as UK expertise in data processing and analysis.

OS spokesman Professor Mark Devlin of the University of Pennsylvania said: “The Simons Observatory is very excited about the addition of the UK contribution to the programme.

“Adding new telescopes and researchers will be a great addition to our program and help ensure SO delivers amazing science for years to come.”