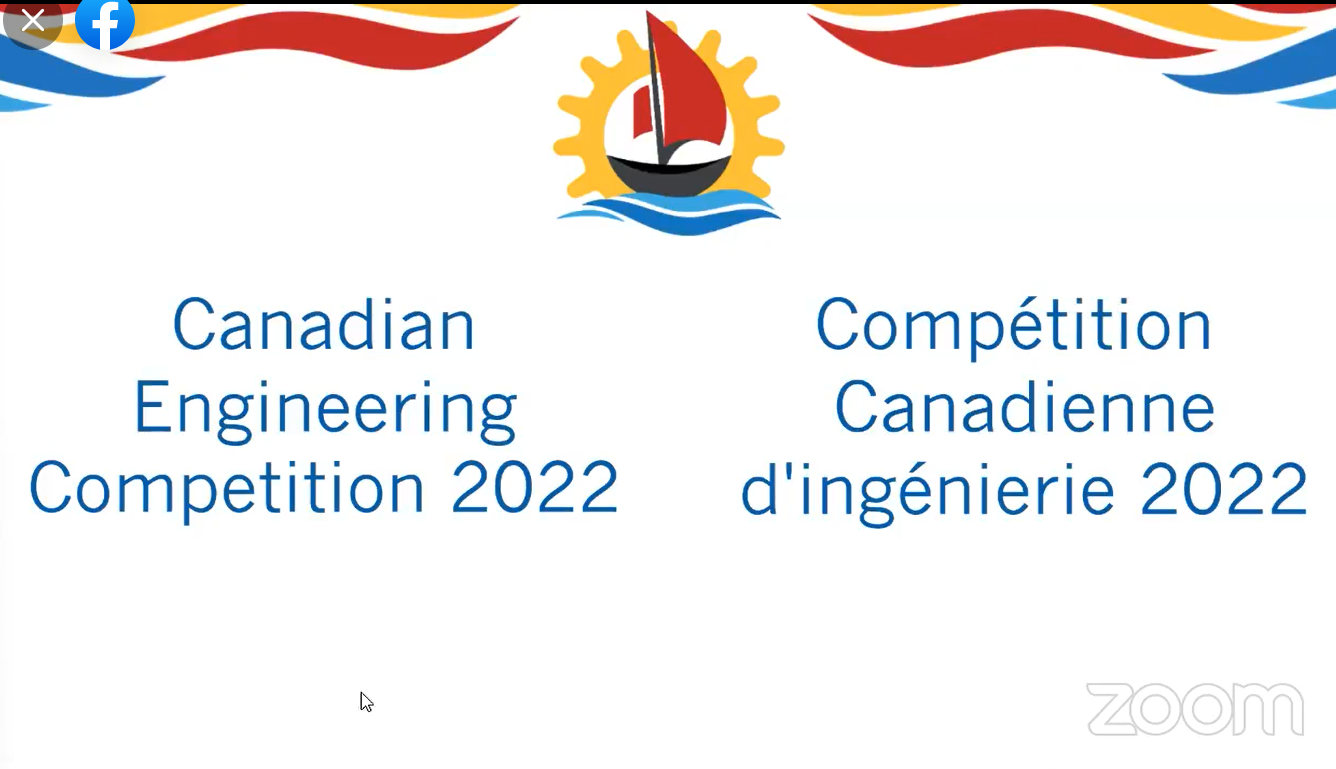 The undergraduate teams won three first prizes and a third place in the distance competition hosted by the University of New Brunswick this month.

First-year mechatronics engineering students wowed the judges with their design for a flood protection system that won first place in the CEC Junior Design category.

Simon Gorbet, Alyzen Jeraj, Phoebe Luo and Andy Meng came up with an innovative concept for a series of modular flood barriers capable of protecting homes.

“The competition allowed us to explore a wide range of skills such as design, prototyping, engineering, and marketing while forcing us to face various challenges and overcome obstacles during the competition,” Meng explains.

Team members worked to create a robust, scalable and reusable product that improves on existing solutions and could potentially go to market and benefit millions of people.

“Using the skills we learned in the classroom, such as 3D modeling and component selection, we created something that was not only viable on a small-scale prototype, but could be used in the real world. life,” Meng explains.

Cesar Enrique Genatios, Ankit Jain, Simona Rocco and Laura Zhukas have proposed a CAD design for a wearable device with an accompanying mobile app that measures electrocardiogram signals to detect if a patient has suffered from myocardial infarction, commonly called a heart attack.

Prompt diagnosis of myocardial infarction is essential because the risk of death increases by 7.5% for each 30-minute delay in treatment, says Rocco.

She describes the team’s winning model as portable and inexpensive, making it accessible to low- and middle-income countries that have disproportionately higher incidence and mortality rates of myocardial infarction and often lack diagnostic tools. required.

Rocco says the CEC award is a testament to the strong engineering and design skills team members have acquired through Waterloo’s biomedical engineering program.

Second-year management engineering students Omar Atwa and Omkaar Kamath took first place in the CEC Reengineering category, in which participants redesigned an existing product or process to improve its functionality or adapt it to a new goal.

Both the Atwa and Kamath cases were given re-engineering involving the use of waste materials such as plastic and other materials to design something practical.

“The first case required that we build a structure that would attract tourists and give back to the community using old shipping containers and wind turbines,” he explains.

Instead of designing something fancy, the team members decided to build a simple park.

“Our case, however, was very detailed – it contained everything from detailed diagrams of the park to salaries of park managers and how this park would achieve the goals of the case,” says Atwa.

Winning first prize in the CEE Re-engineering category was particularly meaningful for both men after not placing in all seven competitions they entered in their first year.

“We didn’t come close to winning any, but we learned every step of the way,” says Atwa. “I guess the lesson here is the more you fail, the more likely you are to succeed if you keep trying.”

Victory of the improvised debate

The annual CEC brings together over 200 undergraduate students from across Canada who have placed in the top two positions in their provincial or regional competitions. Next year the CEC will be organized by Waterloo Engineering.

MiroBio, an Oxford biotech spin-out focused on inflammatory disease therapeutics, is set to be acquired…